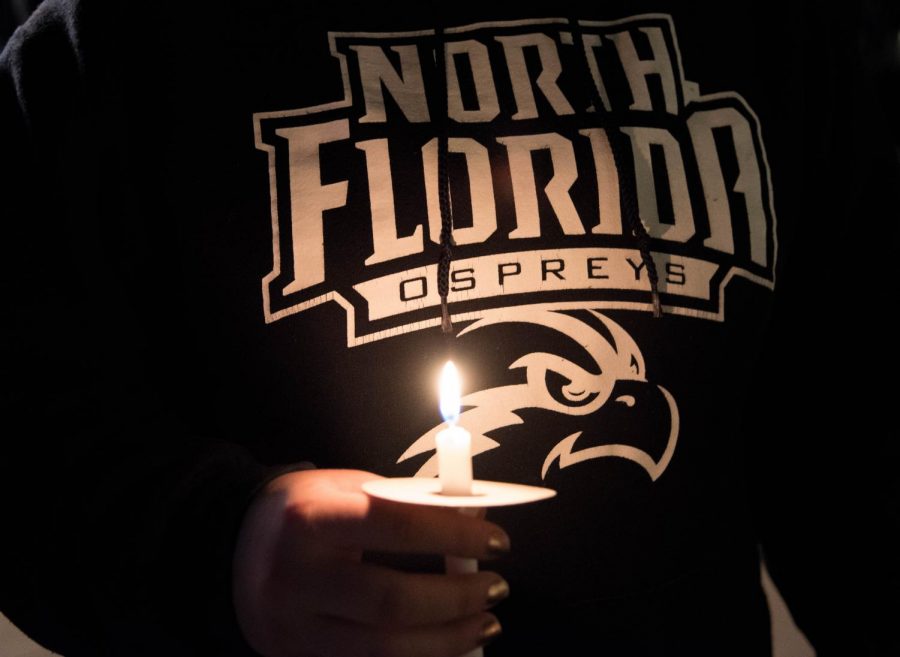 A candlelight vigil was held on Monday night in honor of National Transgender Day of Remembrance and Resilience. Organized by the UNF LGBT Resource Center, the ceremony aimed to pay respect to transgender individuals whose lives had been lost to hate and violence in 2017, along with empowering those who face adversity today.

The night began with an interfaith prayer, then moved onto a dedication for the 25 transgender individuals lost in 2017 due to violence. There was a brief moment of silence to pay respects.

There were several speakers, including veteran Alyssa J., who gave a speech on overcoming obstacles as a transgender woman. She touched on the unglamorous reality of being transgender and encouraged her audience to be resilient in the face of hardship. Former UNF adjunct professor, current District 4 Congressional candidate, and satire writer Monica DePaul was also present.

The vigil was concluded with a performance by Argi Pagan, known simply as Argi, a gender-nonbinary musician and poet. Argi delivered an uplifting performance in the style of what can only be described as “science fiction folk.”

Attendees agreed that in order to protect transgender individuals, we need to raise awareness about what it means to truly be an ally.