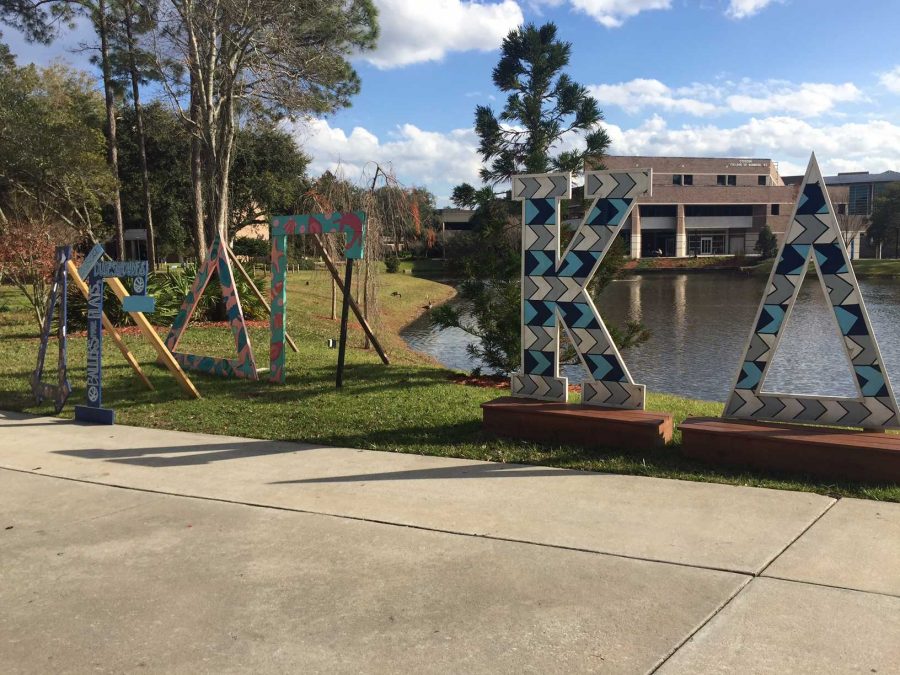 President Delaney and other UNF representatives met Tuesday with fraternity/sorority council members to discuss the state of Greek life at UNF and their proposed “suspension of all social events.”

UNF’s four council presidents decided to suspend these community events in order to provide a safer environment due to “the current state of Greek life in both Florida and the nation as a whole.”

Last month, Florida State University suspended all Greek life in response to a Pi Kappa Phi pledge who died during an all-night drinking binge at the fraternity’s social event.

This wasn’t the only negative Greek life incident that occurred this year. A similar incident involving the death of a Phi Kappa Psi pledge occurred at Texas State University. This also led to the suspension of all Greek life at that university.

“We recognize our community’s room for improvement and would like to take proactive steps to ensure the safety and longevity of fraternity and sorority life at the University of North Florida,” the letter reads.

If a sorority or fraternity at UNF is found to host any kind of social event, the letter states it will result in “immediate cease-and-desist of all offending chapter operations.” Basically meaning, all chapter operations will be shut down immediately.

Students haven’t been too happy so far on Twitter. One student used the hashtag #doubledown as this occurred during finals week, and another posted the university was “kicking us while we are down.”

damn unf dropping this greek life suspension during finals week, kicking us while we're down

Several students commented on Twitter saying Greek life was the only thing the university really had, and that attendance to UNF events are going to dramatically decrease. One even joked saying she was going to drop out.

“We know that our chapters may view this as a punishment, but we assure you that this reformed approach will result in a stronger and safer community.”