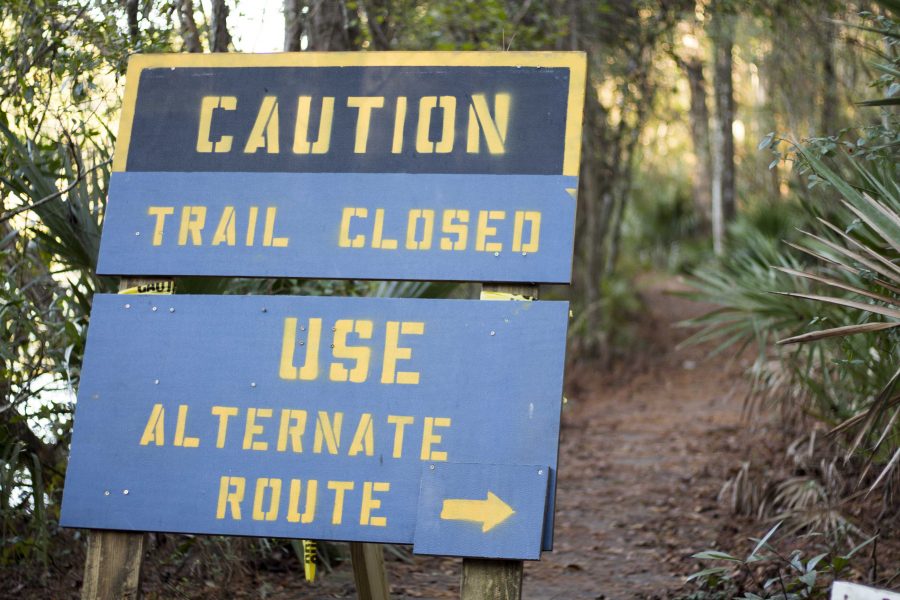 The nature trails were severely damaged by hurricane activity in 2016. Michael Herrera

The Red Maple Boardwalk, one of the oldest and most popular trails at UNF has been closed for the past two years.Originally built in 1975, the trail was old and suffered from water damage due to the several storms. Parts of the boardwalk were missing, and it was deemed unsafe when they closed it.

Student Body President Thomas Beaucham was a senator when SG passed funding to help repair the nature trail. Now that he is president, he has the honor of seeing the trail open under his administration.

“I never thought I’d get to see it,” Beaucham said. “One of my hopes was that it would be done before I graduate in the spring, and thankfully it was done.”

Construction started in the summer of 2017, but was delayed due to Hurricane Irma. The trail was officially finished at the end of Dec. 2017.

As part of the renovations, benches were added to the trail for students to sit and relax as they walked the trails to get away from the main part of campus and enjoy nature.

While the Red Maple Boardwalk is fixed, there is still a lot of damage on the trails overall. The Blueberry Trail has several pieces of wood that are broken, missing and loose. Beaucham said that there isn’t enough funding in SG’s general reserve to fund another repair project, but hopes there will be funding available in a few years.

“Something I think the university administration and the next president might look into is developing this facility a little more because they don’t have enough space,” Beaucham said. “They share their office space with a lot of their storage.”

There is a planned opening ceremony for the boardwalk later this semester.