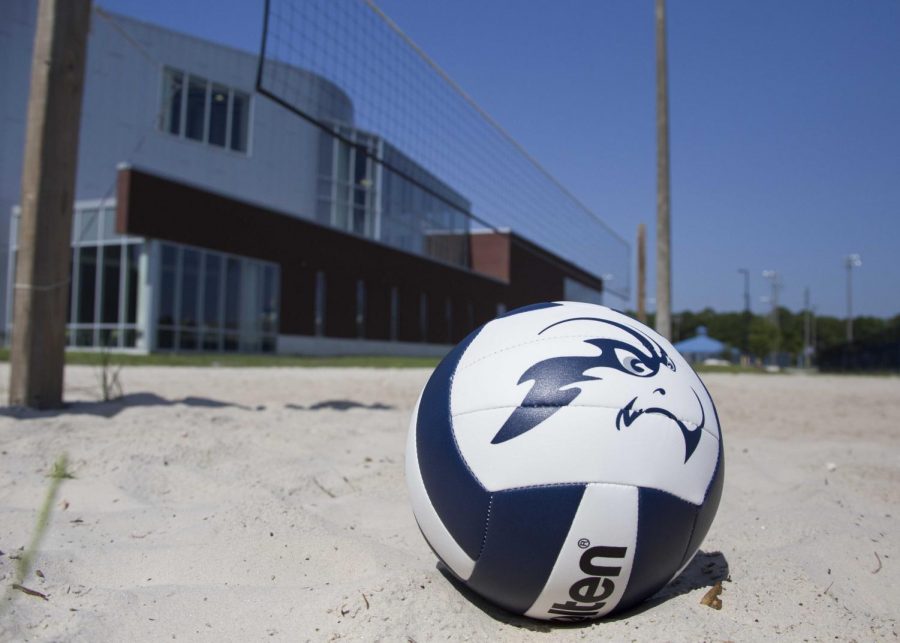 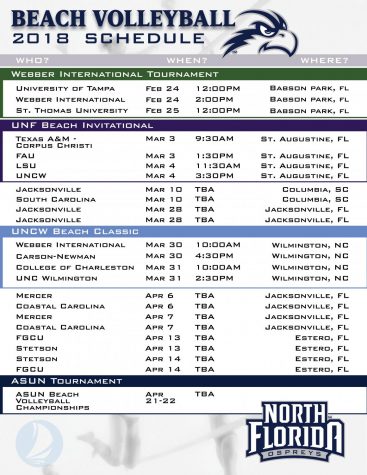 With a new head coach over the program, beach volleyball has released its schedule, which features three non-conference tournaments and some of the best teams in the nation.

For the first time, the team kicks off their season in February with appearances in the Webber International Tournament rather than in March as during previous seasons.

The Ospreys’ season opener is Feb. 24 against University of Tampa, the first opponent of three for that weekend tournament.

In March, North Florida hosts some of the top volleyball programs in St. Augustine at the UNF Beach Invitational. For that invitational, four of the featured teams were ranked in the top 15 last season.

Later in March, the Ospreys hit the road to play University of South Carolina once again before kicking off their River City Rumble on March 28 against Jacksonville University in two meetings.

Stetson is the host of the seventh annual ASUN Beach Volleyball Tournament, which starts April 21.