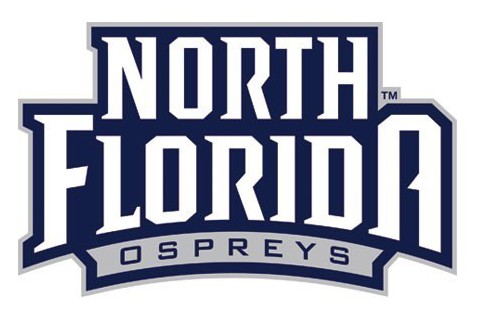 While the basketball teams played on the road to secure their spots for the ASUN tournament, other North Florida springs sports continued in the early parts of their seasons.

Baseball (3-4) earned their first series win this weekend over the Southern Illinois Salukis at Harmon Stadium.

On the first day, senior outfielder Wesley Weeks brought home the winning run off a walk-off in the tenth inning for the 5-4 victory.

The Ospreys responded with the first run of the game before single runs were placed on the board in the third, fourth and fifth innings. Southern Illinois responded with three more runs in the eighth and ninth frame to tie up the score at four.

On day two, Southern Illinois came out fast and early to hold a 6-0 lead until the final inning. North Florida put two runs in the ninth inning to fall 6-2.

For the final matchup, the Ospreys and Salukis were scoreless until the third inning with a run a piece for both. In the fourth inning, North Florida brought in four more runs to take a 5-1 lead over Southern Illinois.

The Salukis add five more runs of their own in the following innings to get the score to 6, but didn’t overcome the Ospreys’ offensive burst in the seventh inning. North Florida earned a 9-6 victory to claim the series.

Baseball will return to Harmon Stadium to face the national champion Florida Gators on Feb. 27 at 6:05 p.m.

Softball(9-8) competed in the Louisiana Classics and finished with three victories and two defeats over the weekend.

In the first day, the Ospreys spilt the afternoon with a 3-0 win over Southeastern Louisiana and a 8-6 fall to No.15 Louisiana.

Louisiana scored six runs in the first innings compared to only three from North Florida, and they didn’t look back as the home team continued to extend the gap.

The following day, the Memphis Tigers blanked North Florida 5-0. The Ospreys’ fielding mistakes and a player hit by a pitch while the bases were loaded allowed for four runs to come on the board in the fourth frame for the Tigers. Memphis added one more run in the sixth to seal the victory.

After their match against the Memphis Tigers, the Ospreys bounced back to shut out Louisiana 1-0 in a rematch. In the rematch against Louisiana, the only run of the game came in the final inning.

Softball will return to the UNF Softball Complex to host the Courtyard Marriott Osprey Classic on March 2. North Florida will take on Presbyterian at 3:30 p.m.

North Florida will host its UNF Beach Invitational on March 3 at the St. Augustine Pier with their first match against FAU at 9:30 a.m.