Baseball gets shutout at home by top ranked Florida 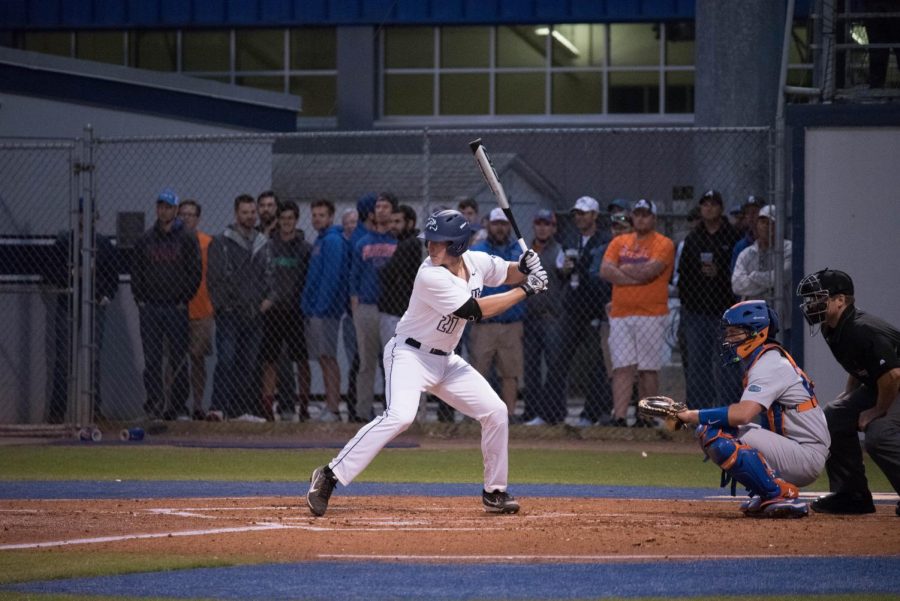 It was a chilly night as North Florida (3-5 Overall, 0-0 ASUN) took on the number one ranked Florida Gators (8-1 Overall, 0-0 SEC) at Harmon Stadium. The Ospreys hung around in the game until consecutive runs midway through dashed their hopes as they fell 4-0.

In the early innings, both teams struggled to gain a rhythm. There was great pitching and fielding display by both teams. Neither teams seem to have a clearly edge during the first three innings.

Florida broke through a stifling slump with a double-base hit from outfielder Keenan Bell, combined with a wild pitch from Frank German, which later led Bell to score putting the Gators up over the Ospreys 1-0.

As the game developed Florida started to consistently add points to their total during the sixth, seventh and eighth inning.

North Florida struggled heavily on both ends of the ball with their best players going cold from the plate as well as committing egregious errors. Tanner Murphy, Raff Libunao and Wesley Weeks combined for two hits out of their four appearances.

The Gators took advantage of the Ospreys’ miscues and closed out game one of their match-up, following a pop out from Rey Renolds.

North Florida’s second baseman Mac Wilson put on a solid performance for the Ospreys despite the outcome with two hits out of his three appearances.

Florida’s right fielder Wil Dalton had three hits out of his four appearances and earned a run as well.

North Florida goes on the road to Gainesville to face Florida for the second time as they look to avenge their loss at home on Feb. 28 at Alfred A. McKethan Stadium. First pitch is at 6 p.m.