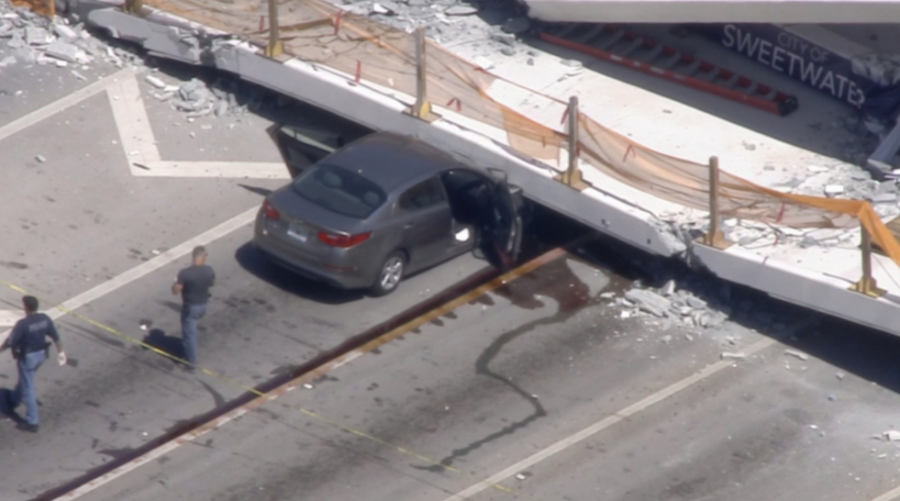 A 950-ton pedestrian bridge collapsed at Florida International University in the Miami area on Thursday afternoon.

There were several cars trapped underneath the FIU-Sweetwater bridge as well as numerous emergency crews in the area. The Miami Dade Fire Rescue confirmed multiple people were taken to the hospital, and the Florida Highway Patrol also confirmed multiple fatalities. However, the total number of people dead or hurt is yet to be known.

Governor Rick Scott is scheduled to go to FIU this afternoon to be briefed on the situation.