UNF on top in weekend recap 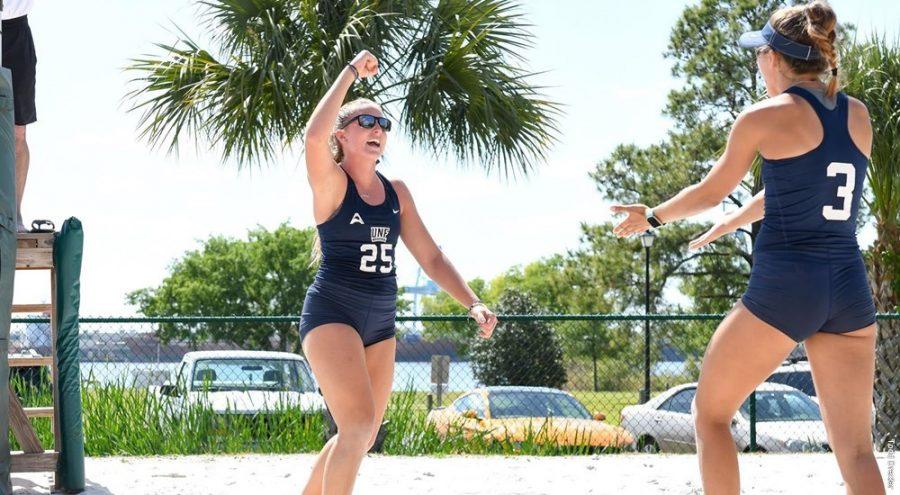 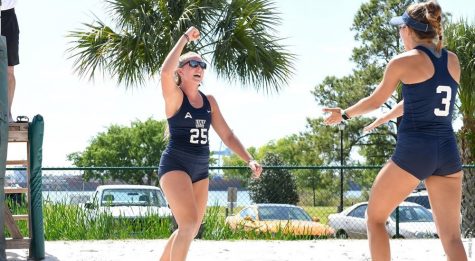 The University of North Florida found the win column many times this weekend both in baseball and beach volleyball.

Beach volleyball(12-7, 2-0 A-Sun) was able to post five wins, dating back to the middle of the week, including two conference victories over Jacksonville University.  The Ospreys’ wins came away from the confines of North Florida and to get three wins in Wilmington, North Carolina is always impressive.

The only game North Florida found themselves on the wrong side of a win was against the College of Charleston. Up next to battle in the sand against the Ospreys is Coastal Carolina on April 6 at 9:30 a.m.

The baseball team (14-15, 1-2 A-Sun) captured a win on March 29  for Opening Day in Conference play over Jacksonville University with the score of 8-2. However, the Dolphins were able to wake up their bats and pitching was dominant taking the next games with the final score of 2-7 and 2-5.

Up next for the Ospreys is a home weekend series against the USC Upstate Spartans. With both teams coming in at 1-2 in ASUN Conference play look for the focus to be sharp as the Ospreys work to get back above .500 in conference play.

As for  Softball team (20-20, 0-6 A-Sun) it was a tough weekend dropping a three-game series to Kennesaw State adding to an unimpressive six-game losing streak. The Ospreys did manufacture a run late in the seventh inning of Saturday’s contest as something to build on for the upcoming games.

Up next for North Florida is a weekend series at the UNF Softball complex against USC Upstate. Look for the Ospreys to come out with a chip on their shoulder and put a stop to a six-game losing streak and get back in the hunt in the ASUN Conference play.