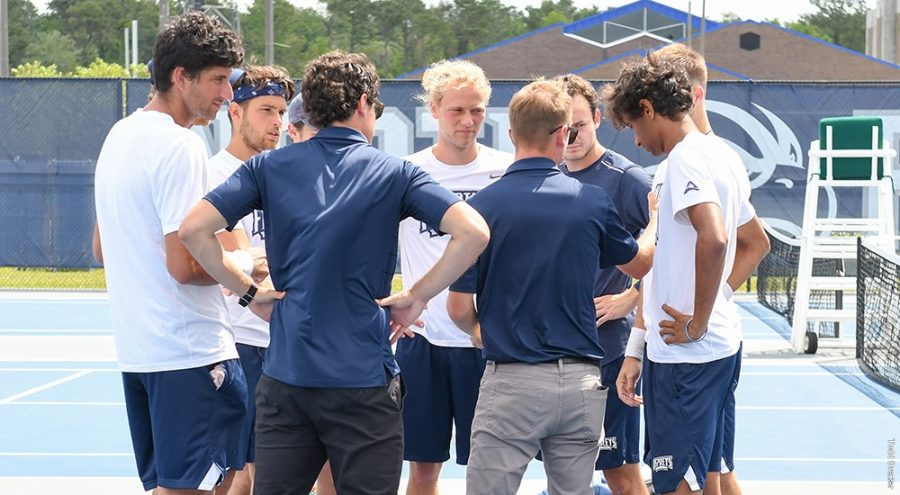 North Florida athletics had a hard weekend against their opponents as their regular seasons are coming closer to the end.

In an ASUN matchup with playoff seeding implications, North Florida (22-25 Overall, 2-10 ASUN) lost their series at home against the Lipscomb Bisons (28-12 Overall, 8-5 ASUN).

The Ospreys were able to take the first game in a 1-0 victory. Most of the game was relatively tight until the bottom of the fourth inning. Sophomore Kayla McGory connected on a hit to get on base. McGory later stole second base and score courtesy of Tiffany Lower’s bunt. North Florida then tighten their pitching and fielding to hold on to a narrow 1-0 win.

In game two of the double-header, Lipscomb exacted revenge. The Bisons laid it on the Ospreys and kept piling on the runs. Lipscomb jumped on the board first in the opening inning following a smack to left field from junior Sarah Higgins which led fellow Bison Caitlin Polcheck home. It continued to be a long afternoon for North Florida as they committed errors, gave up hits and home runs.  The Ospreys gave up as much as six runs before being able to score a run. North Florida suffered a harsh defeat, 6-1.

In their final game of the series, the Ospreys started off the morning strong. Navia Penrod got things rolling with a single towards second. The momentum kept rolling with consecutive hits from McGory following by a double from Dominica Cocuzza to bring Penrod and McGory home. The Ospreys continued their run with another hit from Lower to bring home Cocuzza. At the end of first half, North Florida jumped out to an early 3-0 lead. Unfortunately, this was as close as the Ospreys got to winning the series.

Lipscomb roared back with a five-run stretch in the top of the third. A pair of back-to-back home runs from Hannah Devault and Sarah Higgins drove runners in and boosted the Bisons to a 5-3 lead. Lipscomb struck again in the top of the fifth with another pair of back-to-back home runs from Devault and Abby Fenichel. The Bisons held on to a commanding 10-3 lead.

North Florida will travel to Tallahassee and do battle with Florida A&M Rattlers on April 17 at 5 p.m.

On the road, the Kennesaw State Owls swept baseball in Georgia. In the opening game of the series, the Ospreys struck first before the Owls answered to take the lead. North Florida tied up the score at two in the sixth inning. This lockup only remained for one inning as the Owls took the game, 3-2.

The following day, the Ospreys face the Owls in a doubleheader to close out the series one day early. During the doubleheader, North Florida got on the board first both times but could hold onto the lead. For both games, the Owls created runs to push themselves on the hump, 10-6 and 7-5.

Next, the Ospreys face the University of South Florida in Tampa on April 17 at 6:30 p.m.

Beach volleyball closed out its regular season with defeats to FGCU and Stetson, after not being able to find a rhythm in the sets.

Next, the team heads to DeLand for the ASUN tournament.

Men’s and women’s tennis both fell over the weekend to close out their seasons to FAU and FGCU respectively.

While the women had a 4-3 showdown with FGCU, the men couldn’t get a point on the board in the 4-0 game against FAU.

The teams head to the ASUN tournament on April 20 at the UNF Tennis Complex.