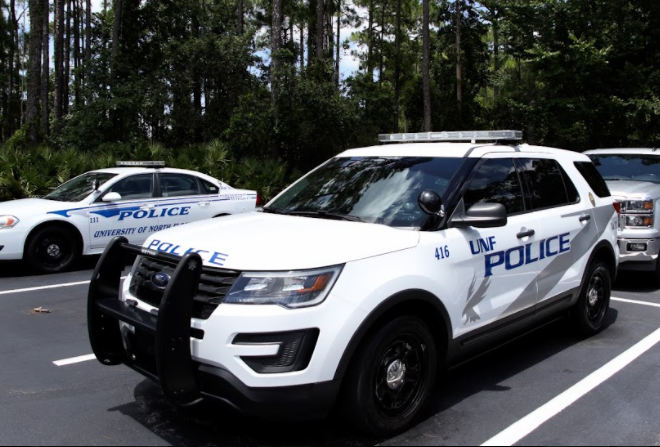 Violence is never the answer, but sometimes avoidance and prevention just don’t work out in a situation where somebody is dedicated to aggression. So, what happens if you are involved in an instance of violence with another student, and how would it be handled by officials?

According to Police Chief Frank Mackesy of the University of North Florida Police Department, how officials handle a report of student-involved violence, and what procedures they follow, will change depending on the nature of the incident itself.

In specific, the severity of the violence, as well as a victim’s willingness to prosecute their aggressor, may affect how law enforcement handles minor infractions or misdemeanors.

“Let’s say I’m the officer who responds to the call and there are two people fighting when I get there, and I tell them to break it up but they keep fighting,” Mackesy said. “Then, chances are, they’re both going to jail.”

However, if the students do cease their fighting upon the arrival of the officer, then the situation changes based on whether both parties were mutually combative or if only one student was the primary aggressor.

In the case of a misdemeanor violation where one student was a victim acting out of self-defense, they would be referred to the State Attorney’s office. Upon reviewing any information provided by the victim and UNFPD, they would be the ones to issue a warrant for arrest.

Felonies, however, are handled more immediately. In these cases, an officer can make an immediate arrest regardless as to whether or not the victim wants to prosecute their aggressor.

“Say somebody uses a weapon, pulls a knife or uses their fists but beats [the victim] up really bad, maybe breaks their jaw or nose… that becomes a felony,” Mackesy explained. “They could be arrested on the spot for aggravated battery or aggravated assault.”

Mackesy also explained that procedures change when the situation involves domestic or dating violence. If there is probable cause to make an arrest, officers are required by law to make an arrest on the spot.

Fortunately, Mackesy reports that there are few cases of student-on-student violence here on UNF’s campus.

According to UNFPD’s annual crime statistics report, there were zero reports of student-involved domestic or dating violence in 2016. While there were two reports of aggravated assaults occurring on campus, they may not have student-on-student, but might have involved staff, faculty or even strangers who happened to be on-campus when the incident took place.

The 2017 annual report will not be released till October, though Mackesy told the Spinnaker that he recalls having few to no reports of student-on-student violence occurring in the last year.