World Cup preview: US may be out, but here are some reasons why you should still watch 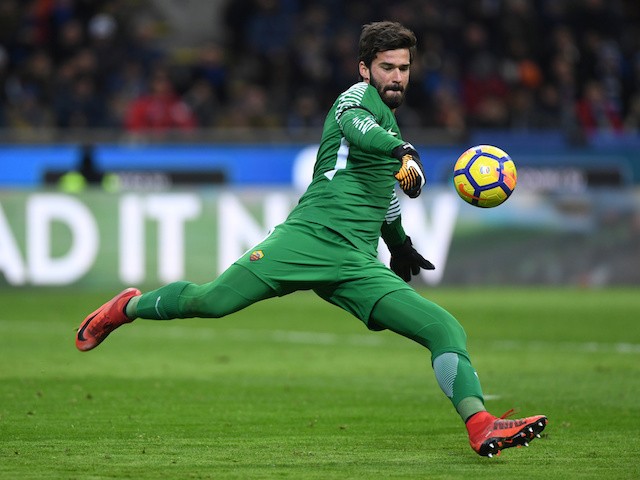 Alisson Becker (Brazil) Becker plays for the Roma F.C. where he has an 80.1 save percentage which is lockdown.  He needs to keep his save percentage stable and take control of his defense so players like Neymar Jr. have more chances to score and lead Brazil to become World Cup Champions.

Even though the U.S. didn’t qualify for the 2018 World Cup in Russia that starts this week, U.S. soccer fans should not be discouraged to watch the World Cup. There is plenty of excitement in this tournament, not to mention the World Cup comes around once every four years. Here are some teams, players, and games to keep an eye out for.

Realistically, there are seven or eight teams that can run the table in this year’s World Cup.  The skill level and experience that some of these international teams have is incredible. These star-studded teams can keep the fans engaged and produce well-played games coming into the knockout rounds.  We could potentially see some big powerhouse soccer clubs playing each other in the quarterfinals and even the round of 16. Some big favorites coming into the tournament are:

Brazil is a heavy favorite and has the best odds of winning it all at 7-2 odds.  They also have a 79.8 percent chance of making it out of Group E and into the knockout stages, according to OptaJoe predictions.  With Golden Boot award potential nominee Neymar Jr. leading this Brazil team to his second World Cup appearance, the amount of talent Brazil has is bound for success.

Beware of an upset, Brazil can be known to be overconfident and not being able to deliver.  Take the 2014 World Cup semi-final loss to Germany for example, where Brazil lost 7-1.

The Defending World Champions are looking for another run with the second best odds at 4-1.  They also have about a 76 percent chance of making it past the group stage. Germany is definitely one of the hotter teams coming into the tournament, winning all ten of their world cup qualifying games.  Opposing teams may need a fire extinguisher to help put out this hot Germany team.

Spain squad has a chance sitting pretty at 6-1 odds.  They also have a 74 percent chance of making it out of the group stage.  With potential Golden Glove nominee David De Gea at Goalkeeper, and having an experienced defensive squad, it is going to be difficult to score goals against Spain.

Having seven to eight teams being some serious contenders there are also some teams that are some serious sleepers that have been overlooked.  Some of the predicted underdogs of this tournament are:

It is super easy to look over this Switzerland team just on the fact that they have Brazil in their group.  Switzerland currently ranks third in their group but could have a serious shot at making some upsets. They have a very experienced team with 14 of their 23-man roster returning from the 2014 World Cup tournament.  That is over half the team and doubles Brazil’s returning players at seven. That number is also second-most out of all 32 teams, only trailing Belgium’s team at 15.

Everything about this Iceland team makes them an underdog.  Iceland is the smallest country ever to qualify for a World Cup.  Iceland’s total population of 350,000 that is smaller than the city of Jacksonville (880,000) has been flying below the radar.  Also, this is their first World Cup appearance ever and are looking to capitalize. They have a history of upsetting teams including the 2016 European Championship when they had a surprising draw with Portugal who ended up winning the entire tournament. Iceland also had a miraculous upset win over England to advance to the Quarterfinal.  Even though are ranked last place in their group, the country may have a legitimate shot.

With so many talented players and juggernaut teams, the world is on the edge of their seats seeing what this month has in store for us.  The 2018 World Cup could be one of the ages.