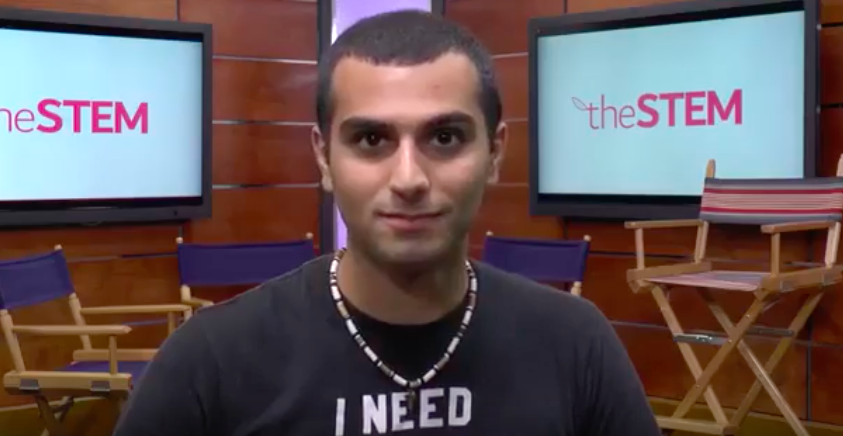 Lee Giat will be heading to Russia this September to train as an Astronaut.

At only 20 years old, he has his own pilot license, is the director of his own film studio, and now he is going to study in Russia at the Yuri Gagarin Cosmonaut Training Center. Lee Giat is a junior at UNF double majoring in Astrophysics and Multimedia Productions, and recently he found out that he will be going on an all-expenses-paid trip to Russia to study as a Cosmonaut.

The trip will teach Giat how to properly put on a space suit, taste test different types of astronaut food, ride in a human centrifuge to experience launch and descent level G-forces, and have flight training in a Soyuz spacecraft simulator. Giat will also be featured and will co-host in an Xploration Station episode.

Giat entered the contest last year and, while he did become a finalist, he did not win. This year, Giat was able to claim the title as the fourth student astronaut.

By working together, and working hard, human beings can accomplish anything.I am very excited to submit my video, and hope to become Xploration Station's next #StudentAstronaut!If you know me, it's no secret I'm a fanatic for Russia, space, and television. This experience would be a huge stepping-stone in my career as an international science communicator and astronaut.Thank you Xploration Station for hosting this contest and providing this opportunity for students nationwide! And a special thank you to my amazing network of friends, family, and organizations for always believing in me.Be sure to like, comment, and share 🙂🚀#LaunchLee #StudentAstronaut #StarCity #CosmonautTraining

Lee Giat’s Submission Video for the Student Astronaut 2018 contest
Giat, however, didn’t always want to be an astronaut. He loved learning about space as a hobby but didn’t think about pursuing it long-term. It wasn’t until he started to volunteer at his local observatory that his hobby grew into something more.

“I think it’s the most interesting thing in the universe, it’s just so much that we don’t know,” Giat said. “So many questions unanswered and so many opportunities to do amazing things, whether it’s here on the ground or in outer space.”

One of the reasons why Giat entered the Student Astronaut Contest last year and this year was due to his love of entering film contests. Besides learning about space and teaching it to kids at the MOSH Museum as a planetarium educator, he is also the creator and executive director of his company, Flying Ostrich Media.

“I love video contests because one, it helps me become a better filmmaker and a better video creator and creative,” Giat said. “And two, I learn things along the way. And three, if I win, I get something out of it.”

Giat has created several film projects revolving around space and science. His show, The Stem, has been playing on Spinnaker TV and has covered a variety of topics from achieving artificial intelligence to what would happen if humans disappeared.

This trip to Russia isn’t the first time Giat will have been to the country. During his summer break between high school and college, Giat worked on a tv show called the US-Russia Youth TV Bridge. The show was an international platform for increasing cooperation between US and Russian high school students through collaborative video production.

“I used to think, ‘how the heck do I do that?’ Space and videos, there is no way to put them together. Arts and science. But there’s definitely a way to do that. It’s just through education. You learn a lot through science. You use creativity to relay that message to people who aren’t into science,” Giat said. “So there’s a lot of stigma and a lot of word about science that says that you have to know math and you have to be a rocket scientist to know science, but you don’t. I’m not a rocket scientist and I don’t think anyone in a 100-mile radius is a rocket scientist, but we all understand space. We all use art and video to gain a better understanding of whatever we want.”

The ultimate goal for Giat is to film the first major motion picture in space. Giat will be leaving the United States for Russia from Sept. 28 to Oct. 5.