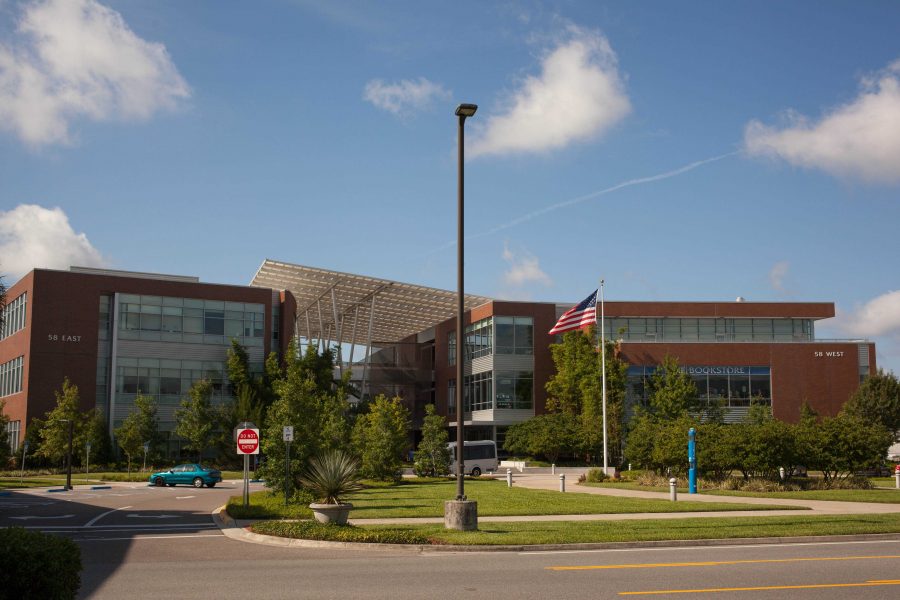 UNF's Student Union will likely be effected by the test. Photo by Alexis Molinaro

Universities hold the unique position of being the first place many young adults live away from their families. UNF is no different and, while the university has a reputation as a commuter school, there are a considerable amount of students living on campus. With a vast population of students on campus, many of whom are living away from home for the first time, the university holds some responsibility for providing a safe and productive environment; this is a goal that can only be attained through establishing and enforcing guidelines and prohibitions of student behavior and activity. These guidelines are needed, and obviously one must make some sacrifices to live within the campus community. But some of UNF’s guidelines overstep the boundary of a university and into the territory of parenting students. Namely, they regulate behavior in an infantilizing manner.

One of the most contentious of these prohibitions is the new current alcohol policy, which is almost universally loathed by the student body. Alcohol has almost always been a part of university culture, for better or worse. While there obviously must be some alcohol policy, as there are many underage students, the direction taken by UNF is so unpopular 89 percent of students in a Student Government survey expressed their frustration. This was even a vote that had higher turnout than the last SG election. The new alcohol policy essentially kills the practice of tailgating, as alcohol is now banned in all campus parking lots and garages. Tailgating before sporting events was very popular with students, and while there are some serious concerns for the university to consider, outright banning alcohol in communal spaces is going to do irreparable damage to the campus community. One of the most popular events hosted on campus, Ozzie’s Oktoberfest, has been outright canceled due to the new alcohol policy, depriving students of what was a beloved event and an example of an event that was smart and conscious at regulating alcohol use.

Another way UNF needlessly regulates student behavior is its “smoke-free campus policy.” UNF’s smoking policy is at once obnoxiously regulating student choice while also being absolutely useless and unenforceable. While smoking does present a unique harm as secondhand smoke is bothersome and potentially damaging, UNF isn’t a nutritionist or a doctor. An outright ban on campus doesn’t stop students from smoking elsewhere, and even if someone does smoke on campus, there is no enforcement to stop them. This all seems to suggest there is no purpose in the rule at all. Perhaps, if the university created smoking zones and then had an actual enforcement policy, the rule would be coherent. But overall, what right does the university have to regulate smoking outside at all? The current rule serves no purpose other than to needlessly pester students about their personal choices.

The rule that is perhaps the most broken and most unnecessary is the “opposite sex visitation” rule that exists at on-campus residencies. The rule states that members of the “opposite sex” cannot stay as overnight guests. The most fascinating part of this rule is the next sentence that mentions this rule does not apply in gender-neutral housing, such as gender-inclusive housing. That’s a pretty big exception to the rule and begs the question why the rule exists at all. The entire notion of “opposite sex” and the entire binary opposition implies there seems to problematized within the same paragraph. A male student may not have a female friend stay the night, but can have any man they want over for the night. One must assume non-binary folks can just do whatever they want unless UNF is dictating these rules based on sex assigned at birth, which would be a major breach of a student’s identity. The question is why UNF attempts to regulate this at all, since as an anti-sexual assault policy it hardly makes sense, and if it exists to regulate student relationships, it completely ignores the existence of LGBT+ folks.

There are likely plenty more rules that UNF has that needlessly regulates students choice. The main issue is that UNF sees itself as needing to instruct students on how to live at all. While a degree of rules is required to stop utter chaos and keep students safe, UNF has crossed boundaries that a university doesn’t need to cross. Almost everyone here is legally an adult and is therefore entrusted with making their own decisions, so what is the purpose in rules that micromanage student choice?