Tattoos and jobs: Will your appearance affect your chances of employment? 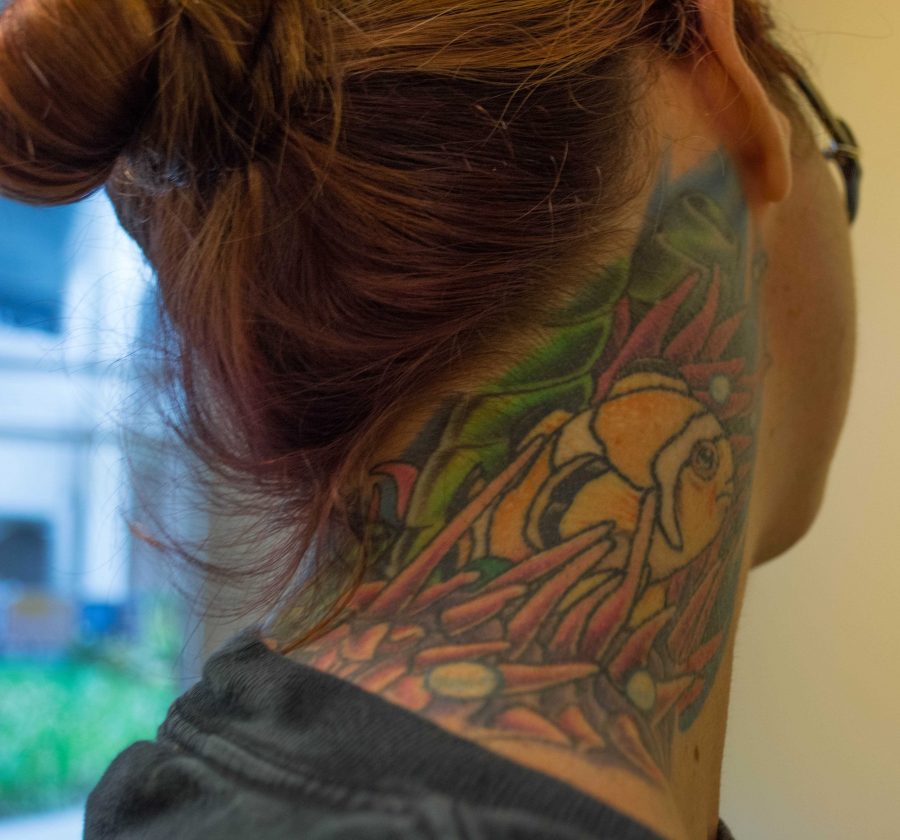 Some employers may not like prospective workers with tattoos. Photo by Lili Weinstein.

It’s a rite of passage for 18-year-olds moving to declare freedom from authority, and a way to display creativity as they move away from home to dorm on college campuses. Dreaded by past generations, tattoos were originally associated with gangs or hardcore bikers and were often thought of as a taboo. From traditional tattoos to minimalist tattoos, the rage continues… and so does the stigma surrounding it.

According to the Huffington Post, visible tattoos, although deemed more acceptable by Millennials, are still stigmatized more in occupations where the employee must deal with customers face to face.

“Overall the consensus has grown to be more open to tattoos and piercings alike or any type of body art for that matter. We’re talking five years ago much less even ten years ago. It’s definitely growing,” Brooke Hammon, a UNF employer relations coordinator, said.

So, why is image concerning to companies looking to hire employees?

According to skinfo.com, 37 percent of hiring managers consider tattoos to be the third most limiting factor when it comes to seeking employment. Among the various areas you can get tattoos, the face, neck and head are the most frowned upon by employers being that those are the most visible.

Meanwhile, Google and Amazon are among some of the top most tattoo-friendly companies in the U.S.

There are currently no states in the U.S. that have anti-discriminatory laws against employees for such reasons. Hiring managers are open to create grooming and appearance policies that reflect their business. However, according to lawyers.com, employers cannot prohibit a tattoo based on its content or significance, especially since “Title VII of the federal Civil Rights Act of 1964 prohibits employers from making job decisions based on protected characteristics, including race, color, national origin, sex, and religion.”

In other words, such grooming and appearance policies can’t be made on a discriminatory basis.

“It is a the discretion of the employer and the company to be able to place limitations on body art and make it mandatory to cover it up or at least limit the amount that is shown,” Hammond said. “I think that maybe it’s good for people who have visible tattoos to do some research into that company and the company culture and environment, as well as the industry they want to work with, and see what the consensus is. It’s already widely known that anyone who is going to an interview or a career fair should err on the side of caution because you don’t know who you’re going to meet and what they’re looking for in a candidate.”

Then, why are tattoos becoming more acceptable?

22 percent of Millennials reportedly believe visible tattoos aren’t necessarily a big deal, while 63 percent of people 60 years and older believe the otherwise. But, apparently, 45 million people in the U.S. have at least one tattoo, meaning tattoo culture is climbing up the social norm ladder.

Freshman Special Education Major Jazmyn Wimberly, who has three tattoos (two of which are visible), says that the meaning and significance behind the tattoo ultimately determines how people will accept it and will also assure you that you made the right decision.

“Make sure that if you get a tattoo that is visible, that it has a meaning that you would want there for the rest of your life,” she said.