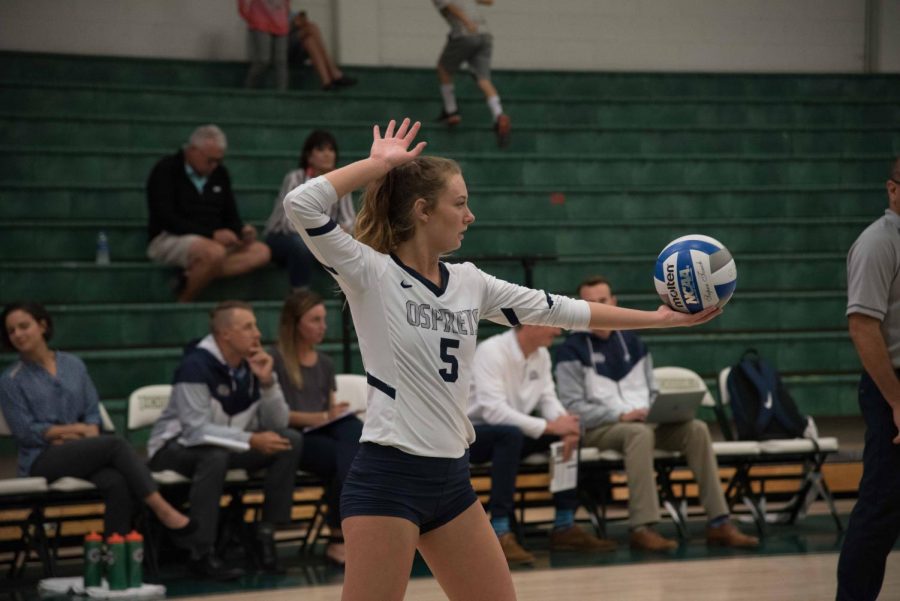 The Ospreys hit the ground running in the first set, holding a lead they wouldn’t relinquish, resulting in a 25-17 victory.  Freshman Solimar Cestero was spiking holes through the court, recording five kills in the first set.

The Dolphins came out and fought for every point but it wasn’t enough to fend off the Ospreys as UNF won the third set, 25-21. After recording a .172 hitting percentage in the second set, the Ospreys utilized the outside attack to boost their offense, finishing the set with .375.  O’Connell was a key part in that attacking scheme, recording 13 kills in the match.

Coach Kristen Wright discussed her impressions of this match and which player stood out throughout the match.

“We’ve really been improving these past couple weeks. We’ve played really well at other people’s home courts,” Wright said. I thought we did a good job when things get tight. Our libero (Madison) Donnelly stepped up tonight.”

The Ospreys return home to face undefeated Kennesaw State, who are undefeated in conference play, on Friday, Oct. 26 at 6 p.m.