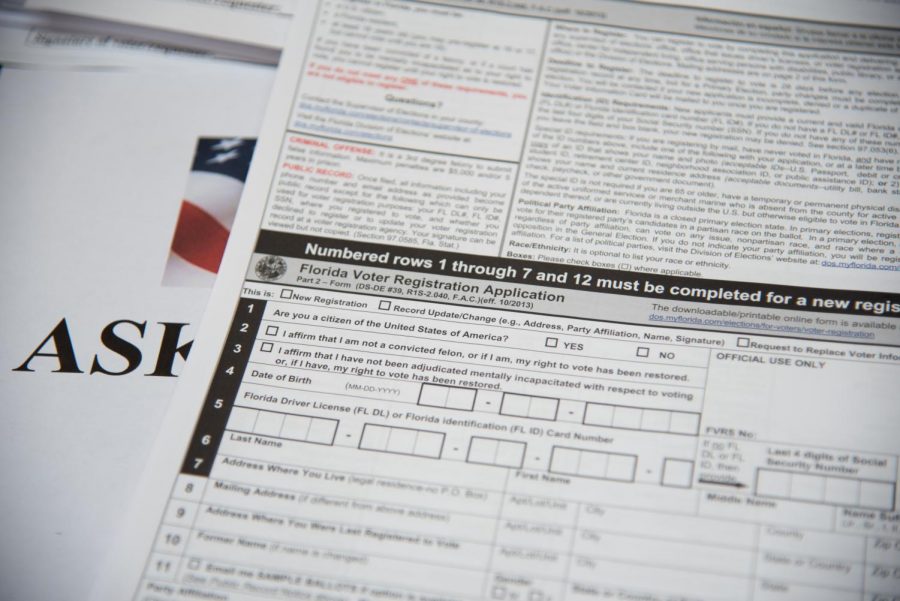 Of all the values that the United States claims to represent, freedom is the one most strongly marketed. America is the land of the free and famously intervenes in order to bring “freedom and democracy” abroad. One might believe that a nation that stands for freedom would be a champion for free and open elections, but due to Republican lawmakers, America’s storied democratic process has become a farce.

Republicans tend to actually learn from electoral defeats, and what they have learned is that voter suppression is a very effective strategy. There are numerous strategies to suppress voters, ranging from limiting access, taking away voting rights and purging voter rolls—all of this done in the name of limiting voter fraud. The Daily Beast reports that since 2013, 1,000 polling places have been shut down in nine Republican controlled states—which combined with the Supreme Court decision in Shelby County v. Holder, which gets rid of the requirement of states to notify voters when their polling location has been changed, strips voters of easy access to voting.

Various states have different measures for suppressing voters. In Ohio, failing to vote in two elections gets you sent a notice—failing to answer that notice results in you getting purged from the rolls. In Indiana, half a million voters were purged between the last presidential election and April 2017. North Dakota has been facing a lot of press for their voter ID law, which requires would-be voters to show identification with a valid street address, and P.O. boxes do not qualify. This essentially prevents a vast amount of Native Americans from voting, as many reservations do not use street addresses, instead relying on P.O. boxes. Identification with a P.O. box was fine in the primary election, but will not be allowed in the general. The excuse from North Dakota Republicans is that they are fighting voter fraud… voter fraud that, in 2016, a judge found was “virtually non-existent.”

Some of the vilest examples of voter suppression are in Georgia, where Republican Secretary of State (the position in charge of voter registration and elections) Brian Kemp is running in the gubernatorial election. Throughout Kemp’s tenure, 1.4 million voter registrations have been canceled since 2012; 300,000 voters were purged from the rolls in the last two years and 53,000 registrations have been put on hold. Over 214 precincts have been shut down in Georgia since 2012, resulting in nearly 8 percent of polling places being closed. Most of those purged were never notified that they would be ineligible to vote. The reason for the 53,000 holds is a new “exact match” verification process that requires voter applications to match perfectly with the information on file with the Georgia Department of Driver Services or the Social Security Administration—a single typo, a single missing hyphen, or a single misplaced letter could result in a hold and therefore prevent a potential voter. Of the 53,000 registrations put on hold, nearly 70 percent of the would-be registrees are black, which is an incredibly high proportion, considering Georgia’s population is approximately 32 percent black. This statistic, along with the story of a Georgia official forcing black seniors off a bus taking them to vote and the purging of Native American voters in North Dakota, demonstrates who the Republicans really think should be allowed to vote.

Florida isn’t free of voter suppression either, but in this case, there is a chance for positive change. Currently, Florida is one of four states that prevent ex-felons, who have already served their due time, from voting. Amendment 4, which is on the ballot this election, would grant ex-felons (minus those convicted of murder or felony sex offenses) their right to vote again. The current law permanently prevents 1.6 million people from voting, which is 25 percent of the total amount of people permanently barred from voting in the United States. Throughout the U.S., 1 in 13 African-Americans are barred from voting due to these laws, compared to 1 in 56 non-black would-be voters, demonstrating again that voter suppression mainly target minorities.

Voter suppression is a unique issue because the solution is quite easy if those in power actually wanted to solve it. If Republicans actually wanted to stop voter suppression, they could repeal these blatantly discriminatory laws, create a system of online registration and voting and making election day a national holiday. But they do not want to solve it. Republicans only make up a fourth of the population, while in the presidential elections of 2000 and 2016 they won without the popular vote. Simply put, Republicans are in the minority, and therefore use voter suppression to win elections.

The nation that purports to value freedom and has invaded and intervened in numerous countries across the planet in the name of democracy, is in the grip of a party that has no interest in providing fair, democratic elections. And yes, we live in a republic, but there are clear guidelines on which decisions are to be decided on by us common rabble that the rich, white Framers despised so much. Any more encroachment on the little democratic control everyday people still have is a violation of the freedoms that Americans say they value.