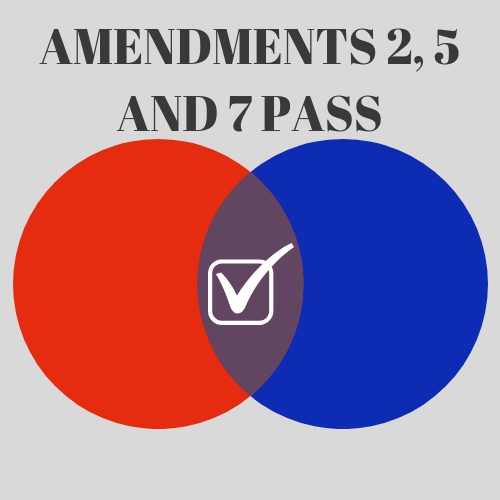 This proposal was designed to place a permanent 10 percent cap on the annual increase of non-homestead property tax assessments prior to its expiration on January 1, 2019.

In other words, the success of this amendment means the tax cap will not expire on January 1, 2019, and those who do not own their primary-residence property (such as renters) would be not be subject to increased taxes in the new year.

This Amendment will result in following changes:

Require a two-third vote by the state’s House and Senate for increasing current taxes and fees or creating new ones.
Require all new and increased taxes and fees be voted on stand-alone bills.
Eliminate local governments in all supermajority requirements when making decisions on raising taxes or fees.

Amendment 7 will give death benefits and educational benefits to qualifying survivors of first responders and military members who died performing official duties.