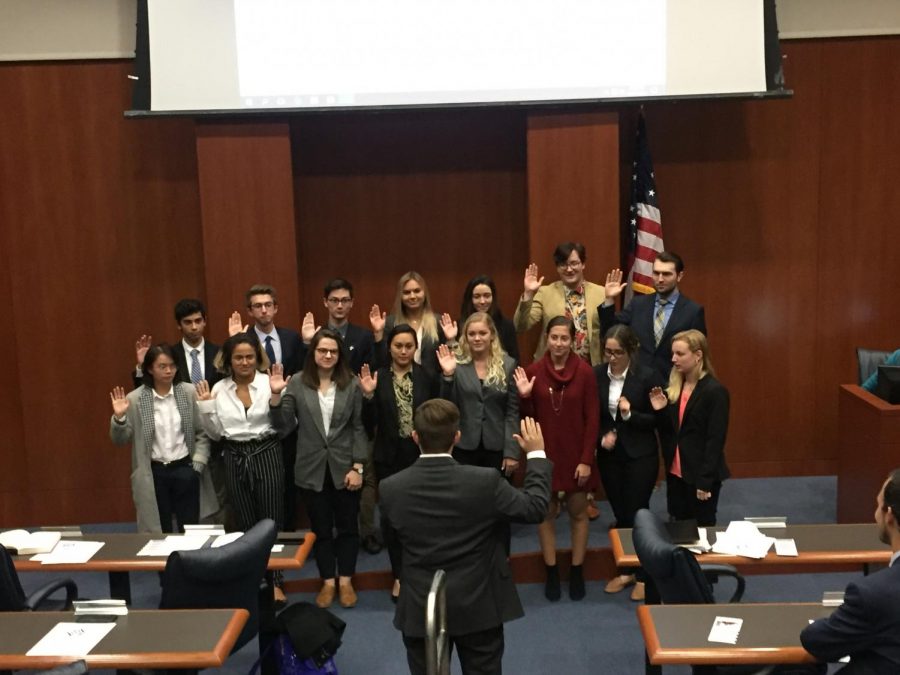 On Friday, Nov. 16, the UNF Senate chambers were filled to capacity. More than twenty-five members of the fledgling Musical Theatre Club packed in to try and keep their dreams of a spring musical funded. Just a week prior, the Budget and Allocations Committee had a rare tie when voting to forward the special request to Senate. B&A Chairman Camden Dean broke the tie, but the Musical Theatre Club wasn’t out of the woods yet. (Pun intended.)

MTC President and co-founder Maddie Aquino passionately pleaded with Senators to help her fulfill the dream of bringing a true theatre program to UNF. This lofty ambition started with the MTC’s production of “Nine to Five” last year. The production had three showings over two days, which garnered two full houses and strong media coverage. Last year’s production received just over $9,000 from Student Government but wasn’t enough and left a deficit for the MTC budget. The club has just recently paid off that debt and currently have just over $600 in their bank account.

The club has entered into a contract with Musical Theatre International (MTI) for the rights to produce “Into the Woods.” MTI owns the rights to many musical productions, so theatre groups like the one at UNF must pay for these rights and rent scripts from the company. This cost the group $2,615, which they chose to pay prior to seeking more funding from the Senate on Friday.

“It’s very expensive. We will take whatever you can give us but, if we don’t get funding, we can’t put on a show,” Aquino answered when asked what options the group has to fund the production if Senate denied their funding. According to Aquino, they don’t have many options at all.

Aquino opened her presentation with a message on the diversity of her club, “We have almost 100 members from every college here at UNF. Nine of our members actually came to UNF because of our club. We even have 20 student musicians who are volunteering their time so we can have a real pit orchestra for our production.”

During deliberations, Senators removed half of the reimbursement of the MTI contract due to the fact that the club had already paid for it and to lower the overall request amount. They took the other half and moved it into a new section that allowed the group to use the funds wherever they needed them.

Once the amendments were made and the discussion was completed, the room fell silent. Now was time for Senators to decide on the future of MTC’s dreams. After what felt like an eternity, Senate President Thomas Pluchon announced that the amended funding request of $13,355 was approved unanimously.

The Musical Theatre Club’s dreams live on for another day.

After the vote, Senators also approved to Title VIII which is the Finance code that’s used for the allocation of the Service and Activity fee. The changes made reflect the organizational changes made at UNF since the start of the new school year.

Next on the Senate docket was the confirmations of new Deputy Elections Commissioner Taylor Sonders and new Associate Justice Renee Hudon. Both candidates were confirmed unanimously.

Finally, after all the deliberations, the newly affirmed candidates and 13 Senators who were confirmed last week after the uncompetitive Fall elections.