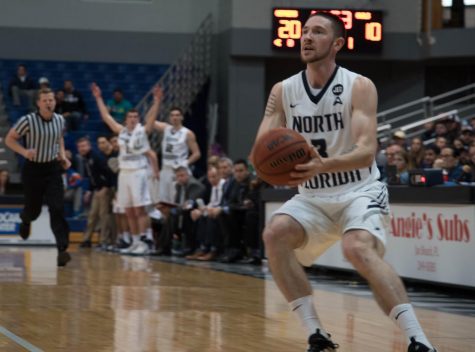 In their first bout in the Cancun Challenge, the Ospreys got out to an early lead and the large deficit from the first half was too much for a Golden Eagles comeback as the Ospreys won, 64-48.

Southern Mississippi found their stride in the second half, outscoring the Ospreys, 25-20. Redshirt-Junior Tim Rowe led the Golden Eagles in scoring with 12 points, making five of his seven shots. Sophomore Garrett Sams resurged in the second half as he led the team in points (16) and recorded a double-double with 12 rebounds. Horchler continued to control the post,  grabbing a team-high of 16 against the Golden Eagles, recording a double- double (13 points).

With this win, the Ospreys advance to the Cancun Challenge Mayan Division Championship game against Jacksonville State on Wednesday, Nov. 21 at 3:00 p.m.