Biology professor under investigation for alleged sexual harassment of a student 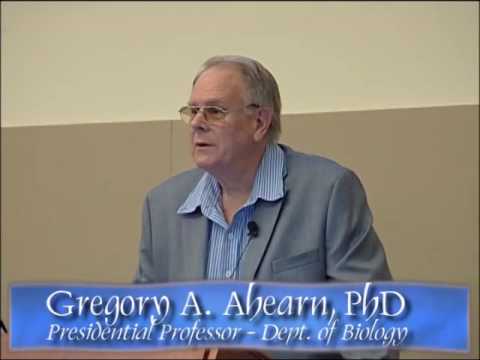 Professor Gregory Ahearn. Courtesy of the University of North Florida

Gregory Ahearn, a tenured professor and former chair in the UNF Biology Department, is being investigated on claims of having engaged in inappropriate activity of a sexual nature and making sexist comments toward a female student.

On Sept. 20, Ahearn was given notice that he had these allegations against him and that he would be placed on leave during the investigation. The investigation, according to Joanna Norris, Director of Public Relations, should be wrapping up next week.

Spinnaker reached out to Ahearn for comment but has not received one at the time of publishing. This article will be updated if that changes.

Spinnaker investigators found this isn’t the first time Ahearn has had sexual harassment complaints filed against him.

In 2012, a female student-employee complained that he sexually harassed her.

The student-employee filed five allegations against him, including that Ahearn sent “flirtatious texts,” made inappropriate comments about her body, and forced her to kiss him.

The student-employee also stated in her interview with the investigator that it was not likely that female students working in the field of biology would speak out because Ahearn is well-known and respected in the biology community. She said that she does not blame them because he writes great letters of recommendation, and that her concerns were for others she was leaving behind.

After an investigation showing that inappropriate behavior did occur, the University gave Ahearn a written reprimand and deemed that he would not be let go because of his status as a “distinguished professor with nearly eleven years of service and no prior discipline history.” The University also required for Ahearn to attend sexual harassment training, not travel with students to conferences or other commitments, and be placed on probation for five years. The probation date ended on June 26, 2017.

In the written reprimand, Former Dean of the College of Arts and Sciences Barbara Hetrick warned Ahearn that his communication between himself and students have been “too casual, intimate and have been determined as crossing the appropriate border between faculty/student and supervisor/employee relations.”

Enthusiastic, communicable and a great mentor were all traits praised of Ahearn in the recommendation letters.

In 2008, Ahearn was a recipient of the John A. Delaney Endowed Presidential Professorship. He has also received several funding opportunities for his research such as being given a $350,000 grant by the U.S. Department of Agriculture.

Spinnaker will update this story as more information becomes available.