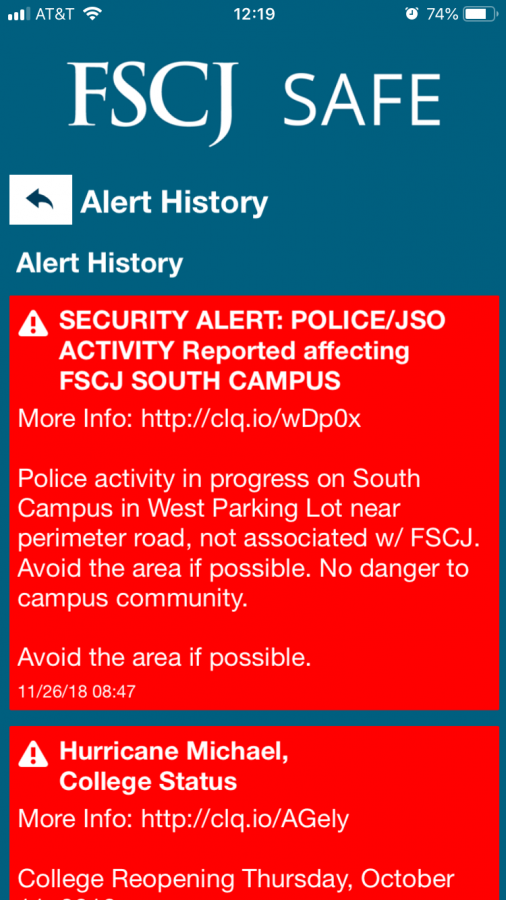 The alert was sent to students this morning warning them to avoid the area.

The body of 18-year-old DeShawn Minor has been found near Florida State College at Jacksonville’s South Campus, according to police.  His remains were found Sunday afternoon in the woods off Marina Drive, less than a block from FSCJ.

There has been no confirmation if Minor is a student at either FSCJ or UNF.

Police were sent to the area on Sunday after a neighbor complained that a foul odor was emitting through the bushes. When they went to go see what was causing the smell, they saw what appeared to be a human body, according to the incident report.

Police are investigating the case as a homicide.

According to an alert sent out to FSCJ students this morning, police activity was in progress on South Campus in West Parking Lot near Perimeter Road. It also said the activity wasn’t associated with FSCJ.

Spinnaker will update this story as more information becomes available.