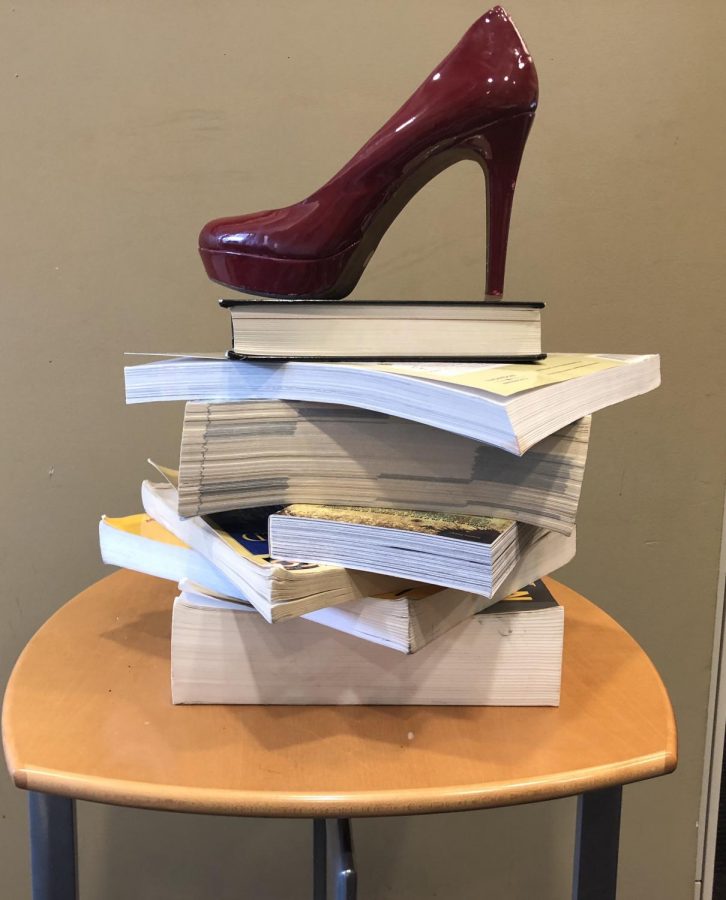 Students across the country are beginning to sweat as the average price of tuition steadily climbs alongside the total national student loan debt.

As students become increasingly concerned over how to pay the bills while in college, many are putting aside the stigma surrounding “socially unacceptable” means of profit and doing whatever it takes to pay for an education.

Put plainly, many students are stripping, dancing and finding “sugar daddies/mommies” as an alternative way to stay in school… and with the overall national student loan debt at a crippling $1.4 trillion, it’s not hard to imagine why.

As a matter of fact, 33 percent of “exotic dancers” are reportedly taking to the stage in order to pay for college, meaning one in every three strippers is there for the sole reason of paying off their tuition. According to PayScale, a stripper or exotic dancer might earn up to about $127,000 per year, which is several times the average starting salary for most 2017 grads.

Meanwhile, Seeking Arrangements, an online dating website where students can enter “mutually beneficial relationships” for money, states that a Sugar Baby on their website who is “in a successful arrangement [with a sugar daddy or mommy] will receive an average of $2,800 per month in allowances and gifts.”

Over 7 million college students have reportedly signed up with Seeking Arrangements since 2016 in what’s referred to as “Sugar Baby University.” Four of the top 20 U.S. universities with the highest volume of sugar babies are located in Florida.

According to Kianoosh Niakara, a media representative of Seeking Arrangements, 12 UNF students signed up for SA in 2017, bringing the total number of Ospreys on the dating website to 56 at the time of publication. That is, SA saw a 22.73 percent growth rate from UNF students in the span of one year.

So, if these occupations are allegedly so lucrative, why are there such negative stigmas surrounding these money-making means and the student who take them up?

According to Elissa Barr, a UNF Professor of Human Sexuality, such stigmas stem from a nineteenth-century double standard. In her words, American culture is incredibly divided regarding explicit material.

“If you look back in time, from day one, men in history had this raging sexual appetite and it was the women’s job to control that and kind of rein that in a little. So, we’ve always viewed men as more sexual than women, and we’ve always kind of had this perception that it’s okay for men to be more sexually experienced than women,” Barr told the Spinnaker. “When it comes to strip clubs specifically, we always judge the female in our culture, and I don’t feel there’s the same level of stigma towards the patrons and towards the people who attend and watch them.”

That being said, the sex industry is a multibillion dollar industry, and it’s more than likely not going anywhere. However, as there aren’t as many men who take up similar occupations, Barr feels that society is less likely to ridicule male students who are in the same position in the industry. Furthermore, women are more likely to be subject to the dehumanization and danger associated with these jobs.

According to Victoria’s Friends, a non-profit organization whose mission is to aid and support women in the sex industry, 70 percent of strippers reported that they have been followed home, and 42 percent say they have been outright stalked.

Moreover, research shows that one of the most frequent ways that dancers and sex workers cope is through marijuana and alcohol. About a third of dancers rely on marijuana to cope, and another ten percent of dancers will use harder drugs, such as heroin or cocaine.

“The number one reason that people go into dancing is for the money… Most of them start dancing because of financial need and lack of employment opportunities. But the risk, once they get into that club, is the environment,” Barr explained. “Their initial intention is just to go to the club and dance. But once they’re at the club, there’s this social pressure and there’s this financial lure to engage in sexual acts with the people who come in, as well as do drugs. So, it takes a lot for a person to try to stay away from those when it’s in your face and there’s a lot of pressure.”

While students who sign up for a relationship on Seeking Arrangements may specify that they are not interested in indulging in acts that are as explicit as stripping or having sex, the factor of pressure remains the same.

More than anything, Barr encourages students who go into the sex industry or take up being a “sugar baby” to know their boundaries and stick to them.

“In that environment, even though it’s just with one other person, [you need] to be true to yourself,” Barr affirmed. “And if you set barriers for yourself or you draw lines for yourself that you don’t want to cross, you have got to be a very strong person to not cross that line, because that sugar daddy or that sugar mommy may pressure you to do more.”

While it may not be easy, if you’re one of these students, you always want to take care of yourself, both mind and body. For this reason, Barr stresses the necessity for two major things: consent and condoms.

At the end of the day, these students go back to their relationships and their family. It’s important to remember that they are still human beings who are worthy of respect, no matter the stigma that surrounds their occupations.