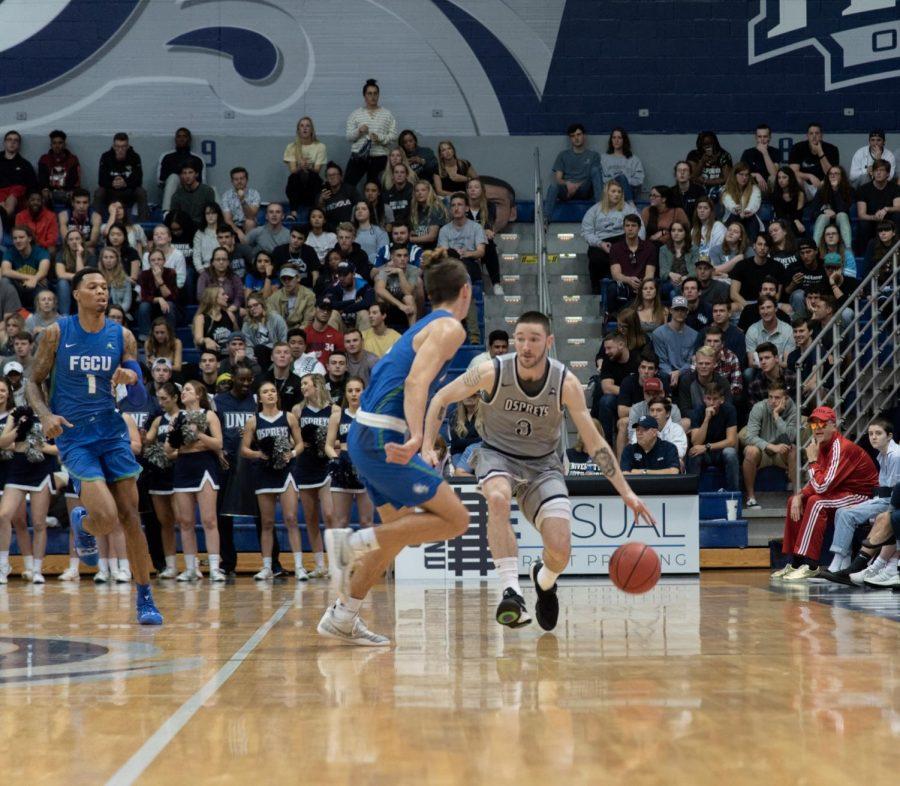 The Stetson Hatters would not go quietly but the UNF Ospreys held on to earn their second road win of the season, 87-77.

At the half, the Ospreys led by one, 42-41.  UNF opened the second half hot, extending the lead to as many as 12 before the Hatters fought back to get within five points.

However, hot Osprey shooting eventually stretched the lead back to 15 before finishing with a strong 10 point win.

UNF again showed a balanced attack with all five starters scoring in double figures, and every player on the roster registering a point or more.

Junior Garrett Sams led with 18 points, including 4-7 from beyond the three-point arc.

Star Forward and leading scorer on the season, Junior Noah Horchler, played most of the game in foul trouble and scored only 11 points.  Horchler, who is in the top 25 in rebounding in the nation, only managed seven rebounds on the night despite averaging a double-double on the season.

Junior Ivan Gandia-Rosa tallied nine of the team’s 19 assists on the night.

The Ospreys match up with Liberty on Saturday, Jan. 19 at 7 p.m. in Lynchburg.