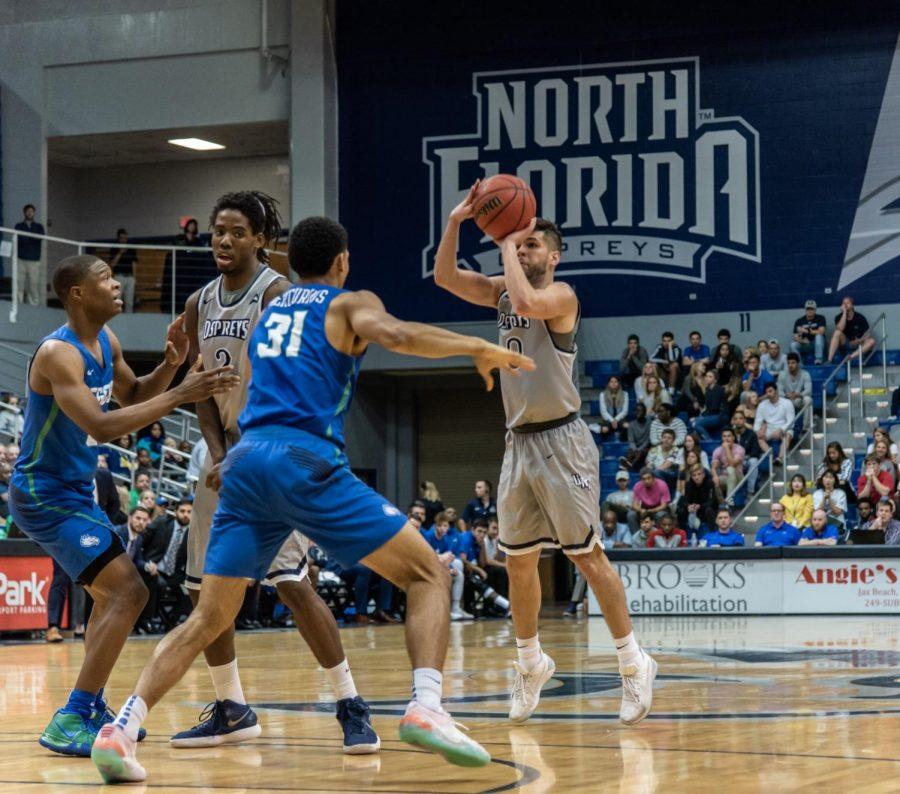 The Liberty Flames and their fourth ranked defense were too much for the Ospreys when it counted most, defeating UNF ,70-64, for a key ASUN conference win.

The Ospreys played well in the first half, trading shots with the Flames and playing strong defense.

When leading at halftime, the Ospreys were 8-1 on the season and went into the break up by three, 35-32.

Key frontcourt player, Junior Wajid Aminu, was also saddled with foul trouble for most of the game, having three personals at the half.

That foul trouble limited his usual effectiveness and held him to four points and three rebounds on the night.

The huge difference in the game was the 18 turnovers committed by the Ospreys, which the Flames turned into 13 points.

The Flames also scored 40 points in the paint to only 26 for the Ospreys and got 19 points from their bench.

Aminu picked up his fourth foul with 9:29 left in the second half and immediately headed to the bench.  Even when he returned, he tried to avoid picking up his fifth foul and being disqualified.

Junior Ivan Gandia-Rosa led the Ospreys in scoring with 19 points including four triples.