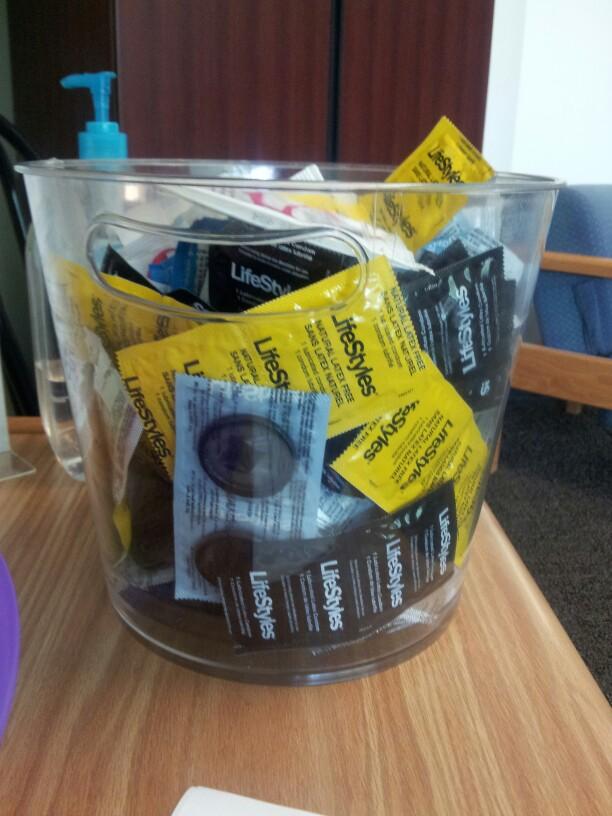 Condoms are free and available at Student Health Services.

We’ve all been through those painful sex-ed classes in secondary school. We’ve all clicked through campus clarity as quickly as we could to fulfill our first year requirements. But how many of us actually paid attention to the courses and discussions meant to protect ourselves and others?

Shows like the Netflix original series “Sex Education” and universities introducing “Sex Week” both aim to educate young adults about sexual consent and raise awareness of sexually transmitted diseases. But even with increasing acceptance of sex education and attempts to destigmatize a topic dreaded by past generations, college students still seem to have trouble grasping the concept of protected sex, forgetting about other consequences besides possible pregnancy.

The CDC reports that in 2017, Gonorrhea increased by 67 percent and nearly doubled among men, while primary and secondary Syphilis increased by 76 percent. Chlamydia remained the most common STD disease reported by the CDC, with 1.7 million cases reported in 2017 and a 45 percent increase in women ages 15 to 24 years old.

Director of Health and Services, Doreen A. Perez and Advanced Registered Nurse Practitioner Amy Howell, discussed an effort called “Wrap the Package” coordinated by Perez which allowed students to discuss what they thought about knowing the risk factors and taking preventative measures against such risks.

Howell explained that a possible reason for an increase in sexually transmitted diseases is the lack of “the condom conversation” between two individuals. Howell described that this conversation also goes hand-in-hand with consent.

“I can talk about consent all day, but what I have said to some young ladies who do not step up and have the condom conversation is to have them on you if you plan on having sex,” Howell said. “There still is a lot of stigma about women carrying condoms. Just hand it to your partner. You don’t need to discuss it,” Howell suggested.

First year biology major Alexander John Duran said he thinks colleges students opt out of protecting themselves when it comes to sexual intercourse because of the fear that it might ruin the experience. He says dating apps are partly to blame for young adults having multiple sex partners because it relieves the pressure of getting to know someone personally.

“I wish people would think more in advance before going on a date or doing something that could result in sex. People need to take precautions to protect themselves even if it might not be convient,” explained Duran.

According to the American Sexual Health Association, one in two people contract an STI by the age of 25 and only 12 percent of young people, who account for half of that population, were actually tested for an STI in 2016.

Although these statistics seem to be on a broad scale, the increase in sexually transmitted diseases can be seen close to home. The Duval County Health Department reported that in 2017 syphilis went up by 19 percent, gonorrhea by 42 percent and chlamydia by 21 percent, reinforcing that sexually transmitted diseases aren’t that uncommon in Duval county.

Perez says the university administration is talking more about requiring incoming freshman to take a public health class that would allow students to learn more about mental health, sex education, and nutrition.

Student health services does STD screenings for students provided at a nominal cost and free HIV testing to students and anyone else in the Jacksonville community to prevent the spread of sexually transmitted diseases that can affect a life in the long run.

“What you’re doing today is going to affect you in the future,” said Perez.