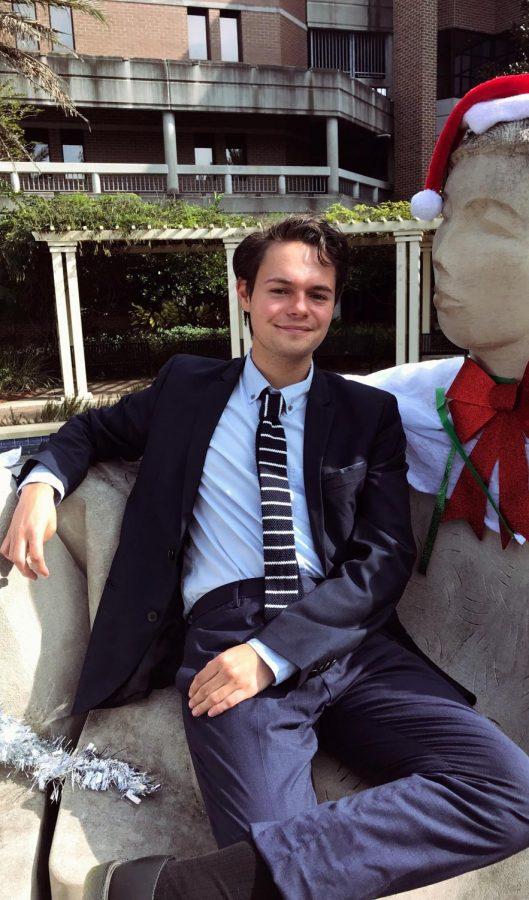 Putting their best foot forward, the Forward party has selected John Aloszka as their presidential candidate. Aloszka is no stranger to Student Government and has been with Forward from the beginning.

As an SG veteran, Aloszka has varied experience in Student Government and believes that will be the key to a successful term. As a student, Aloszka may have an edge as a political science major, and between the bamboo garden, the Chick-fil-a plaza and Starbucks, he is unable to choose one favorite spot at UNF.

Aloszka joined Spinnaker for an interview about himself as an SG veteran, a candidate, and a student. Here’s an extensive view of John Aloszka.

What experience do you have in Student Government?

I’ve been with Forward for about a year now, a year and a half. I’ve run their campaign and helped students get into Student Government Senate, and then last year, the Executive. Now I function currently as the Chief of Staff.

What makes you qualified to be Student Body President?

I think one thing that any Student Body President needs is legislative experience, especially when you’re talking about initiatives. What matters when you get into office is that you know how the system works, you know how the university works, you know how to write a bill, you know how to get quotes. Those are important things, and I’ve been doing that as Chief of Staff. Whether it be seating and shade, the laptop chargers programs, school spirit and traditions, I’ve been working through Senate to get these things done, so as Student Body President I’d be able to do the same.

What is the biggest issue facing students today?

I think every issue on campus, by and large, can be reduced to engagement and involvement. When we don’t engage students, when we don’t hear their opinions, when we don’t hear what they think, how can we form an accurate opinion and represent them? Whether it be tailgating, the internet situation, or any other issue, I think students need to have a seat at the table. And I think Student Government tries really hard, but we need to push it to the next level. Data shows that when students are involved, they’re more likely to stay on campus, their education experience is better, and they’re less likely to transfer schools. We want to make sure students are engaged and involved, and we think if we can tackle those problems, a lot of issues students are facing will improve.

It was stated in a previous Spinnaker article that students don’t pay attention to SG elections. What can you do to improve that?

I think what is important is that we’re talking to students year-round. And this is something I’ve been working on, and Student Government has really improved over the last year, but if you only talk to students when elections come around, they’re not going to be receptive to you. So are you visiting clubs this semester, are you visiting chapters this semester, are you tabling on the green? Students aren’t going to care who their leaders are if they don’t know what their leaders are doing.

In a final quote referring to his Vice Presidential candidate, Natalie Costello, Aloszka stated that students can follow them on social media because they want to be transparent and they want students to know who they’re voting for.

Aloszka will be debating his opponent, Lee Tomlins Tuesday night at 7:30 p.m. The livestream of the debate will be on Spinnaker TV’s YouTube channel and UNF TV channel 15-1. To see Tomlin’s interview with Spinnaker, click here.