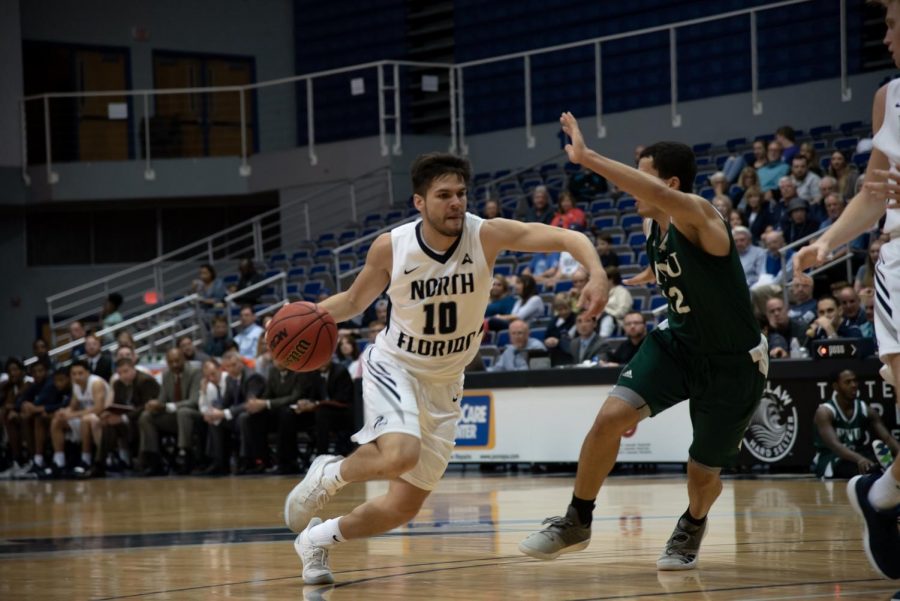 BOTTOM LINE: North Alabama and North Florida are set to collide in the 1 of the Atlantic Sun Conference Tourney. North Florida swept the two-game head-to-head season series. The teams last played each other on Feb. 9, when the Ospreys shot 5,850 percent from the field while limiting North Alabama to just 3,850 percent on the way to the 82-73 victory.

FEARLESS FRESHMEN: North Alabama’s Jamari Blackmon, Christian Agnew and Emanuel Littles have collectively scored 43 percent of all Lions scoring this season, although that figure has dropped to 27 percent over the last five games.

JUMPING FOR JAMARI: Blackmon has connected on 28.4 percent of the 229 3-pointers he’s attempted and has made 10 of 39 over the last five games. He’s also made 76.7 percent of his free throws this season.

UNBEATEN WHEN: North Florida is a perfect 8-0 when it holds an opponent to 67 points or fewer. The Ospreys are 7-16 when opponents score more than 67 points.

STREAK STATS: North Florida has won its last three home games, scoring an average of 77.3 points while giving up 64.7.

DID YOU KNOW: North Florida is ranked second among Atlantic Sun teams with an average of 75.7 points per game.