Letter to the Editor: 14 senators in support of Forward candidates 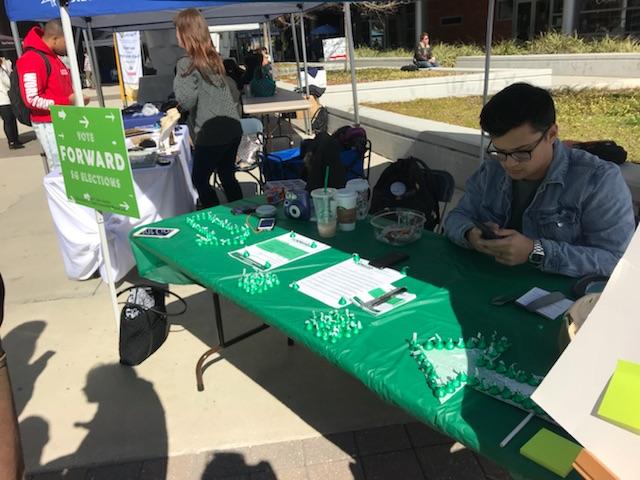 Before voting for the Student Government elections take place on March 5 and 6, I find it extremely important to be informed about the candidates represented on the ballot. For the sake of openness, I am a member of the Forward party and I am a Student Government Senator, but I am sharing my experiences with the Forward candidates as a student and on behalf of the senators that signed below, all of whom prioritize authenticity, expertise, and dedication. I value transparency and visibility among presidential roles, and the Forward party reflects these same principles. Therefore, I believe Presidential candidate John Alozska and Vice Presidential candidate Nat Costello are wholly qualified for these positions.

In terms of my own understanding and that of my fellow representatives, we continuously observe Aloszka and Costello’s ability to connect with the student body. Based on genuine motivation to improve the university, we gravitate towards candidates with strong policy rather than those that depend on social favor. Practical policies within Alozska and Costello’s initiatives, such as the creation of a Student Involvement Center, would alleviate the common fear of coming to college as an uninvolved and apathetic freshman.

In the sense of expertise, both candidates have proved their diligence while working positions within Student Government. Through their respective positions, they gained experience in building powerful relationships with faculty, many of whom advocate for UNF’s issues and the concerns of the student body to state representatives. For instance, as Chief of Staff, Aloszka has gauged student concern for newer study spaces (an initiative for Forward in this current election cycle), and he was able to obtain funding for a renovation of the Student Union student lounge. Regarding Vice Presidential candidate Costello, her diverse experience in previous University positions necessitated an extremely close relationship with the student body. Roles such as a Student Government Senator, UNF’s Homecoming Coordinator, and an Ambassador for Greek Life required the capability to set aside personal needs to serve the needs of the students.

Based on the work already done and the work these two candidates strive to achieve, it is clear that they are more than qualified to fulfill the needs of UNF’s students. They are consistent, can effectively communicate with both the powers above them and the general population, and have the proper leadership skills to engage students. At their core, they believe that the Presidential role should be an active one—not merely a superficial title but rather as a vehicle to improve the university as a whole. As it comes closer to final elections, my peers and I have realized that in order to have a strong student population, we have to keep moving forward together, and we hope voters share the same vision for the future.

Signing in support of this document: