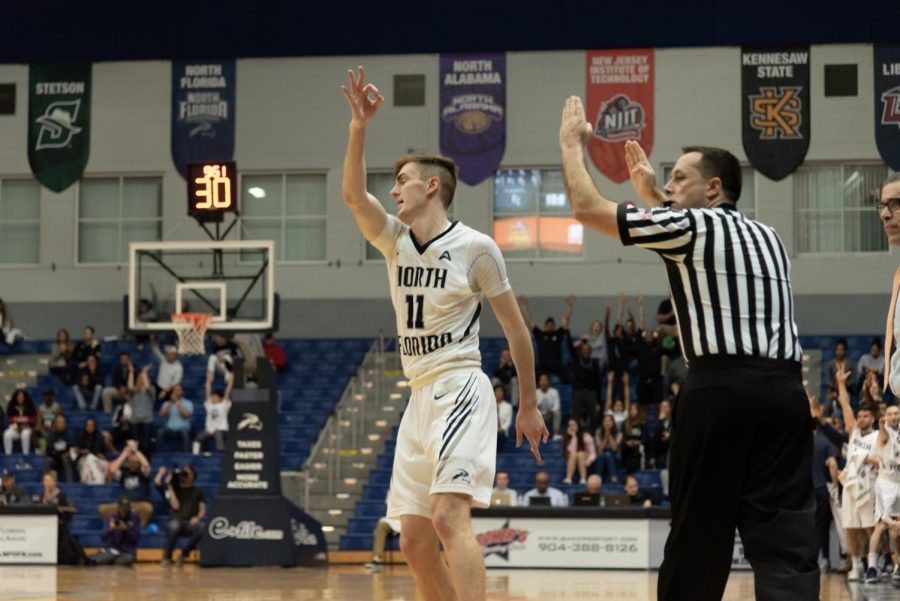 After splitting their series this season, the Ospreys and Flames meet again in the Semifinals of the ASUN Men’s Basketball Conference Championship Tournament on Thursday, March 7.

The Ospreys (16-16, 9-7 ASUN) are riding a seven game win streak coming into the Semifinals and hope to grab their eighth after coming off a 76-66 win at home against North Alabama in the first round. In that game, Junior Garrett Sams led the team with 18 points and 10 rebounds. Junior Wajid Aminu was a dominant force on the defensive side as he grabbed 14 rebounds and swatted away six blocks.

The Flames (26-6,14-2 ASUN) defeated Jacksonville University at home in the first round, 72-58, with Liberty shooting 46 percent from the field in the entire game. Junior Georgie Pacheco-Ortiz collected 16 points and was 3-4 from long range.

In order to win this game, the Ospreys need to tighten up on defense and lock down First Team-All Conference members, Juniors Caleb Homesley and Scottie James.

Tip-off is at 7 p.m. at the Vines Center in Lynchburg, Virginia.