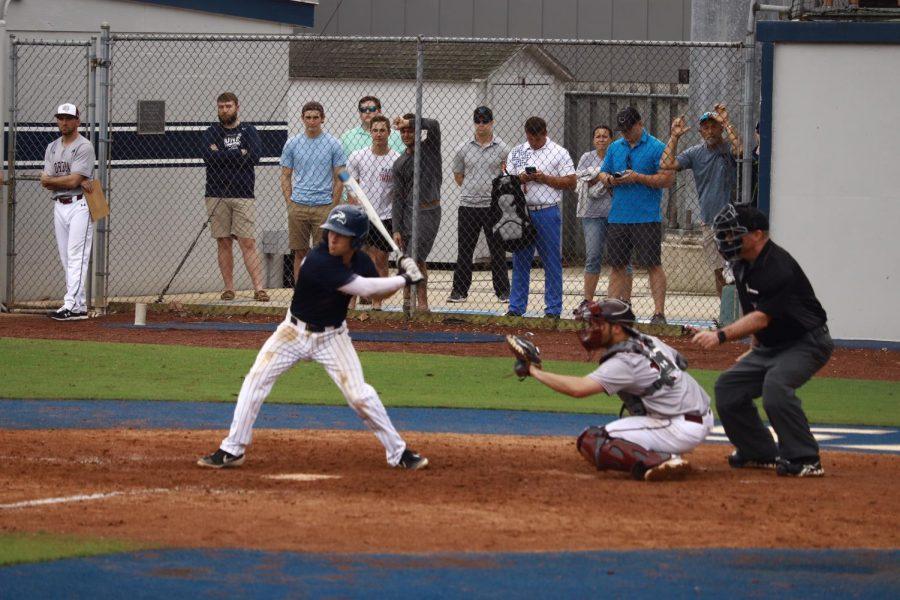 The UNF Baseball team rattled the Bulls early in the game and rode that wave throughout the full nine innings for a 7-2 win.

Junior Tanner Murphy got the Ospreys offense going early as he lined a double to left to score one in the bottom of the first for a 1-0 lead. Senior Jay Prather and Murphy scored on a USF fielding error to extend the lead to 3-0 to close out the first inning.

The Ospreys continued to mess with the Bulls but didn’t get the horns as Senior Chris Berry drew a bases loaded walk in the bottom of the fourth to plate a runner for a 4-0 lead and Murphy later scored on a wild pitch to pad the lead to 5-0. Junior Austin Hurwitz scored on yet another wild pitch in the same inning as the Ospreys were up, 6-0.

There was miniscule support from the USF hitters as they chipped in two runs in the sixth and seventh inning to put the Ospreys lead at 6-2.

The final nail in the coffin was Prather crossing home plate in the bottom of the eighth on a wild pitch for a 7-2 lead to cement the UNF win.

Three of the Ospreys runs were scored on wild pitches.

Prather and Murphy each recorded three hits in the win.

Redshirt-Junior Hunter Bowling earned his first win of the season on two innings of one-run ball in relief with three strikeouts.

The Ospreys improve their record to 14-9 on the year and the Bulls loss drops them to 11-8. UNF begins their first series of conference play as they take on Florida Gulf Coast University at home on Friday, March 22 at 6:05 p.m.