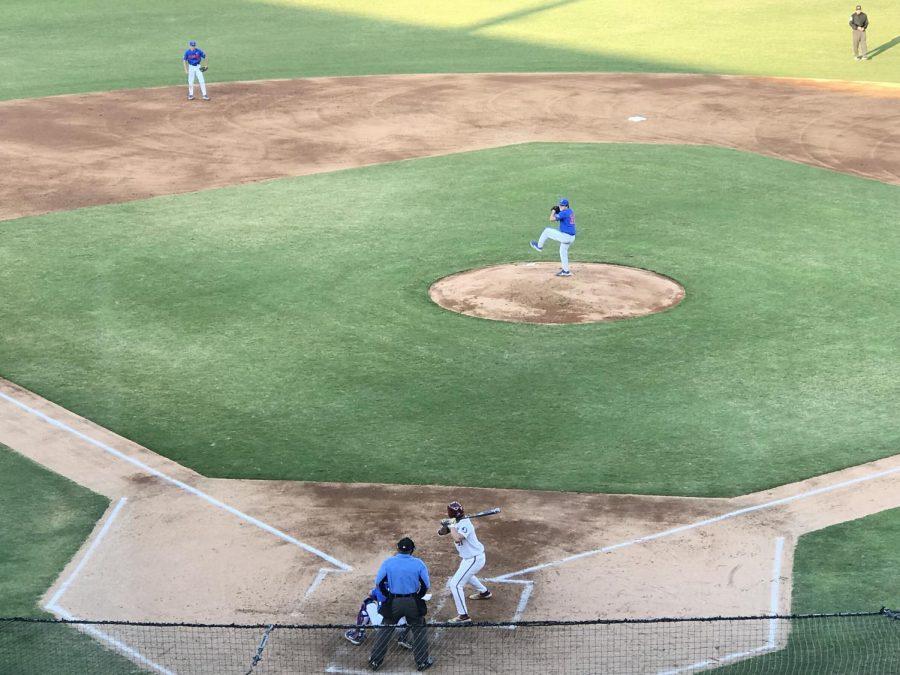 Both teams battled it out in the Sunshine Showdown

In the annual Sunshine Showdown at the Baseball Grounds of Jacksonville, Kevin O’Sullivan’s No. 24 Florida Gators matched up with Mike Martin of No. 21 FSU in Martin’s final season of managing. The Gators edged by as the Seminoles bullpen faltered in a 4-2 upset win for Florida.

After an error by FSU Freshman Nander De Sedas in the top of the fifth at short to advance a runner to second, Junior Austin Langworthy sliced a double down the left field line to plate the first run of the game for a 1-0 Gators lead.

Freshman Mattheu Nelson drilled a two-run jack to right field in the bottom of the sixth to give the Seminoles a 2-1 lead.

The Gators scored on throwing error by second baseman Senior Mike Salvatore in the top of the second, scoring one to tie the game. Sophomore Brady McConnell gave the Gators a 4-2 lead on a line drive over the center fielder’s head.

Freshman Christian Scott was pitching a gem in his relief appearance with three shutout innings while allowing one hit en route to earn his second win of the season in a 4-2 Gators victory.

Scott talked about the challenges he faced in his outing.

“It was definitely locating the changeup a little bit so I got to work on that in the future,” Scott said.

O’Sullivan discussed how the Gators prevailed in the 64 degree windy weather and what impressed him most in the win.

“Nolan Crisp started, Christian Scott in the end, we didn’t make any errors defensively in tough conditions like this so those are the most important things for me,” O’Sullivan said