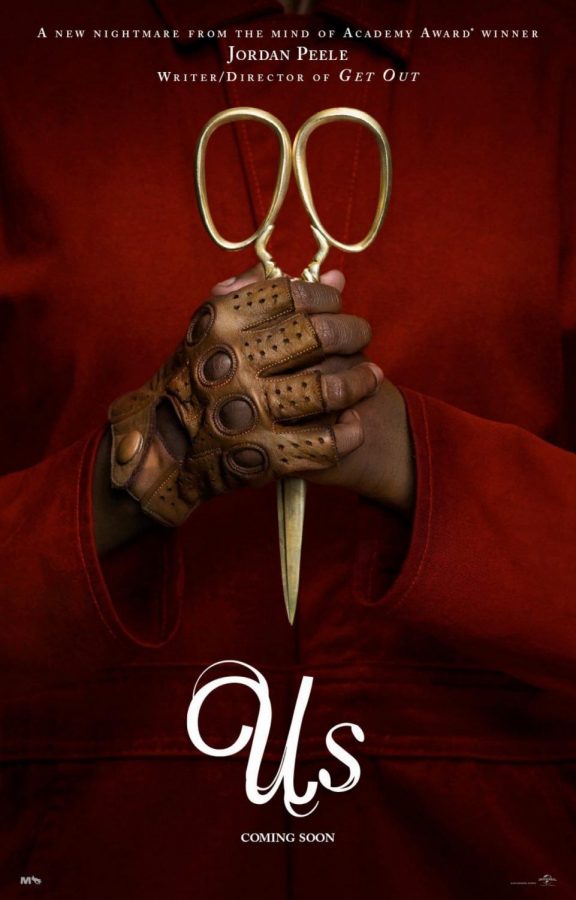 Paving his way into the horror genre with the gigantic hit that was “Get Out,” Jordan Peele is back and at it again with his latest horror flick, “Us.”

The film centers on a mother (Lupita Nyong’o) and father (Winston Duke) who take their son and daughter on vacation. Their sense of serenity quickly turns into terror as they soon realize they are being stalked by a strange family of four who is revealed to be doppelgangers of themselves. From here on out it’s a fight for survival mixed with clever commentary only Peele himself can provide.

I am so happy to say that much like with “Get Out,” I really enjoyed this film. What I love most about it is that it plays more as a pure horror film, “Get Out” was more along the lines of social commentary with horror elements and a lot of humor. This film has all those elements as well but it plays up the horror to a much higher degree. You may think the film will come across as another run of the mill slasher film, but it has more of the tropes that are more inventive and fun when it comes to the genre. One of the most entertaining things in the film is how a lot of the comedy and enjoyment comes from the actor’s performances. The actors do a fantastic job portraying the main family, but whenever they have to play the crazy family they go so over the top it’s both really funny and really creepy to watch. Nyong’o is especially chilling, her performance in this film is so good that if she doesn’t get nominated for an Oscar, I’m gonna lose it.

Much like with Peele’s previous film, the movie can be interpreted in so many ways. There are some things that are obvious and you can pick up on pretty quickly, but there are a lot of elements that are ambiguous and has the audience learn for themselves as the film moves along. It’s definitely a film that you can appreciate more on multiple viewings when you examine all the clues and imagery that make you look at the film from a different point of view every time you see it. You can look at it as a horror film but you can also see it as a commentary that plays on allegories of duality, social class, and not surprisingly identity.

In terms of films logic especially how it all plays out toward the middle and the end, you’ll be asking yourself how and why is this happening. When you do find out some of the big twists towards the end it’s pretty clear that you’re not supposed to think about the hardcore technicals of the story. It’s not necessarily a film that establishes rules and follows them, the film knows that its sole purpose is that it has a creative idea that it’s going to play around with and give a unique spin on it.

If I had to make one nitpick it’s that the film’s ending is vaguer than in “Get Out.” They do show you what’s going on and how some of the pieces come together, but in terms of the story “Get Out” had a more clear ending whereas this one leaves certain questions unanswered. Outside of that, I think “Us” is a fantastic film with great performances and a creepy idea that will give you a sense of paranoia while leaving the theatre. Jordan Peele is on a winning streak and I can’t wait to see how he makes us both laugh and cower in the future.