Q&A with the UNF Young Democratic Socialists of America 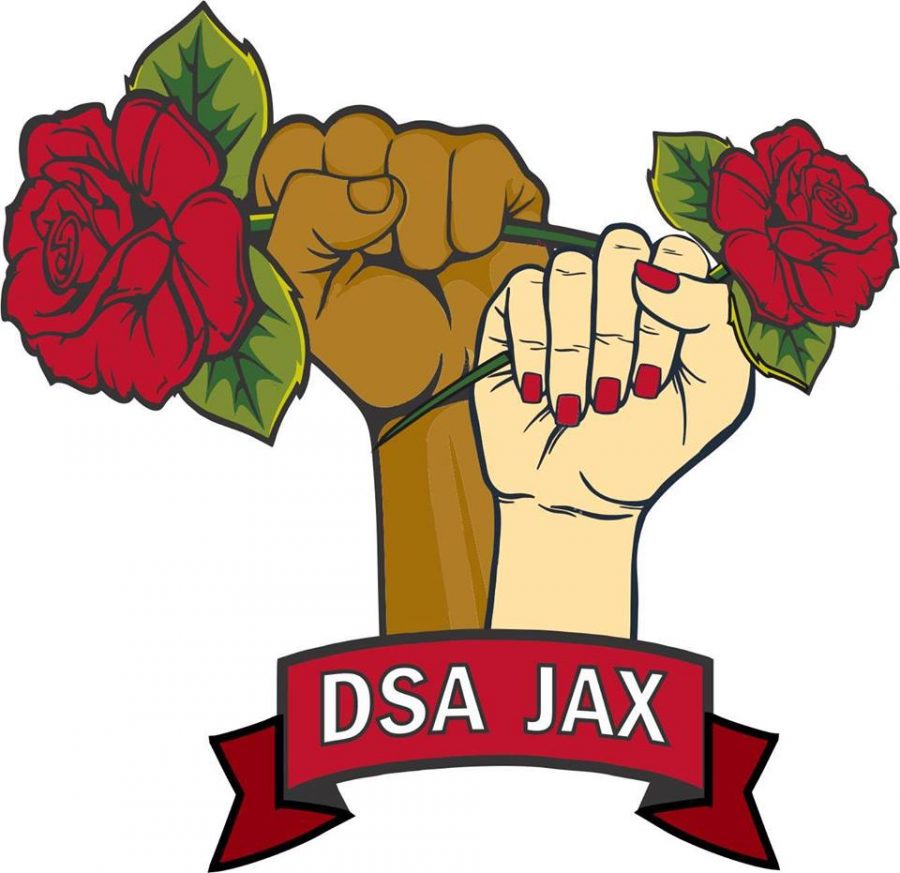 Spinnaker got the chance to conduct a Question and Answer session with Nolan Hammond, President of UNF’s Young Democratic Socialists of America, to ask him about the club, what he wants students to know about it and what he sees it doing at UNF in the future. This is a newer club on campus that sticks out from bigger clubs like UNF College Democrats and UNF College Republicans and provides a different perspective on politics going on today.

Q: What made you want to have/be a part of a socialist club on UNF’s campus?

A: I’ve been organizing with the Jacksonville DSA chapter since late last year and we wanted to expand into working with students interested in building a socialist movement and improving their communities. I am always interested in meeting and talking to other students who have a love for humanity and a desire to see conditions improve for the less fortunate, and working through the largest socialist organization in America in over a century is a great way to do that. I believe that this organization can reach a solid base of socialist and progressive students interested in promoting change on campus and beyond.

Q: What do you hope to accomplish through this club in the upcoming semesters?

A: We hope to work closely with the UNF Students for a Democratic Society, the UNF College Democrats, Students for Justice in Palestine, and any other progressively-minded organizations on campus to raise awareness of injustices, confront university issues, and build with organizations in the Jacksonville area like Food Not Bombs, the Jacksonville Community Action Committee, and Jax DSA projects that uplift the community. We also hope to inform UNF students on what socialism is and dispel misconceptions and build an energetic environment committed to creating a popular movement.

Q: What do you hope students will learn/get out of a socialist club at UNF?

A: I hope, for one, that students will learn that it is possible to connect with other similarly minded people and have a positive impact on their communities without the need for corporate or state power. As a socialist who often feels alienated in the vast political desert of America, I also hope that engaged students who are willing and excited to learn and discuss the vast complexities of the global political-economic landscape within a dialectical, historical-materialist framework. More than anything I hope that students can lend their voices to the manifold crises of social, economic and environmental injustice that capitalism continues and will continue to create.

Q: What are some common stereotypes you feel students may have about socialism?

A: Many people associate socialism with poverty and government control, which is not a necessary aspect of left movements. You can look to historical examples of libertarian-socialist forms of organization in revolutionary Catalonia, in contemporary Rojava or to the Zapatista government in Chiapas as socialist projects that have, in fact, far more democratic and horizontal structures than any existing liberal-capitalist state. Socialism is simply about democratizing the economy and bringing control of the means of production into the hands of the workers, how a state manages that process is a subject of intense debate within socialist theory and remains a living subject within the science of socialism.

Q: What is the biggest problem you think faces our country today?

A: Our biggest problem in America is and always has been the inequitable division of wealth between the poor and the owners of private property. No problem exists alone, and wealth inequality especially affects black and brown people in this country, whose opportunities for social mobility are further limited by a draconian penal system and the racist structures that govern us. Global climate change is another issue that has been exacerbated by the externalities of global capitalist-industrialist development, and this issue cannot be solved without popular power being exerted over the economy.

Q: What message/words do you have for students who may be afraid to join this club or speak up on this topic?

A: I think that most people understand that there are significant issues in this country and within our community that can not and will not be solved by the structures and individuals who have created, managed, and profited off of these issues. Nothing will get better until we, the people, organize and build movements committed to the egalitarian ideals of socialism and work towards uplifting the oppressed, downtrodden, and ignored peoples of the world. Whether you’re unsure of your place in the struggle or afraid of the forces of reaction that encompass us, I would urge that you get together with like-minded folks and connect with your communities to raise our collective voices against bigotry, exploitation, and apathy, and for the greater cause of universal liberation.