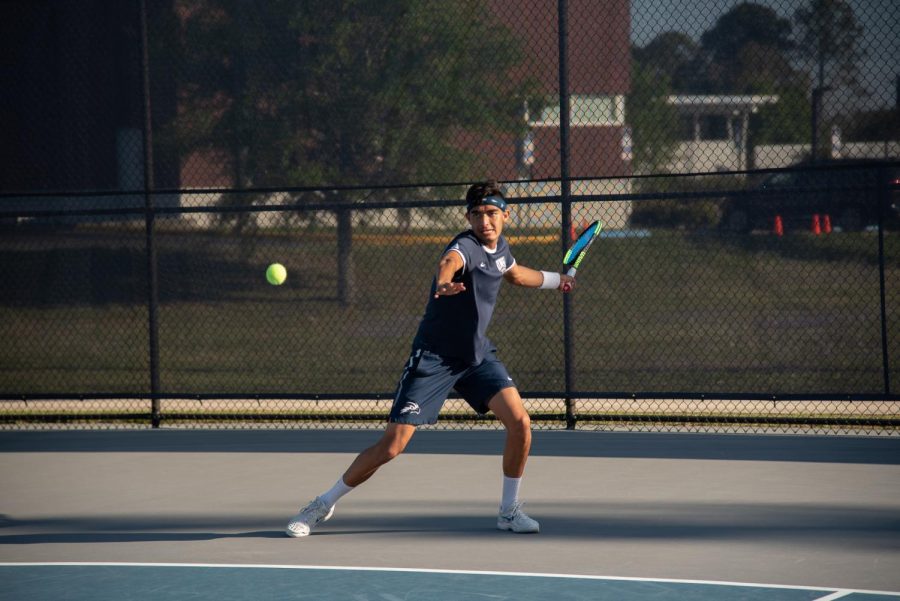 UNF took an early 2-0 lead on the day, but FGCU fought back for the win.

UNF won two of the three doubles matches early to take that lead, but FGCU took over in the singles to fight back and secure the crown.

The Eagles’ Junior Felipe Ramirez got the FGCU scoring going with a straight sets win over Freshman Dominik Barton (6-4, 6-3).

FGCU then took the lead with Senior Felipe Escobar defeating Senior Till Von Winning 6-1,6-1 to put the Eagles ahead 3-2.

Ultimately, the Eagles finished out the match, and took home the trophy after tough battles.Junior Marcelo Tebet of FGCU defeated Sophomore Nilo Duarte 6-3,4-6, and 7-5. Senior Javier Fernandez put the final nail in the coffin after defeating Junior Federico Nani 6-3, 6-4.

UNF Senior Sahil Deshmukh ended the season named to the All-ASUN Tournament Team and tied for a team-leading 21 singles wins on the season.