Letter to the Editor: Bigotry on Campus 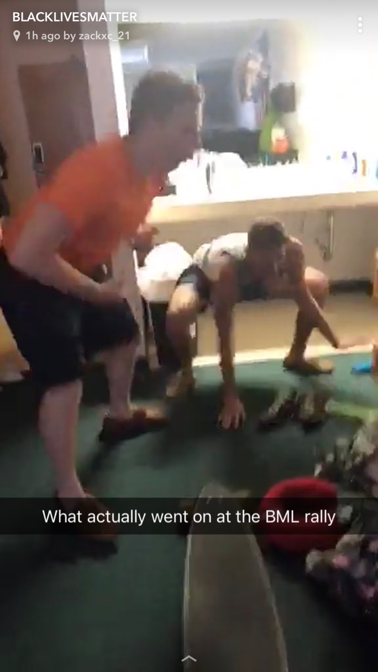 To whom this may concern,

Mission statements are vital to any institution and exist to express the morals and values of the school. The mission statement of UNF promotes diversity and “strongly condemn acts of hate and bigotry as antithetical to the university’s core values of mutual respect and civility. ”

This statement makes me feel safe on campus as well as welcomed, but what doesn’t is the fact that our university does not follow this mission statement. On Oct. 11, 2017, a Black Lives Matter rally was put on by students to protest violence and racism towards colored people. Shortly after the rally was over, a snapchat video went viral with two people acting like monkeys with a caption stating, “What actually went on at the BML rally.” The correct abbreviation for Black Lives Matter is BLM. The student claims that the “BML” was intentional and referring to “Blessing Many Lives” and not the BLM. Either way the student who posted the video offended a lot of students, alumni, and the community. The video and students were then put under investigation to determine what punishments would be taken for their actions. Three days after this video went viral, then former-President John Delaney sent out an email to all the students stating that the video was “dehumanizing and racist.” I personally attended this rally and remember the series of events that were occurring. I was a freshman, just brand new to the campus, and all I can remember is sitting down, and reading the email and thinking that this is really messed up. The university needs to punish the students responsible for the damage they have caused.

The First Amendment is one of the most important amendments. The First Amendment implements that “Citizens are guaranteed freedom of speech, of the press, of assembly, demonstration, and association.” The students have the right to say what they want but in the video things they expressed was more hate. “Hate speech is an effort to marginalize individuals based on their membership in a group.” There is a fine line between hate speech and freedom of speech. It is very hard to differentiate between the two. The University issued that the student who posted the video did not break any rules and did not get any punishment. All he had to do was a diversity class. The university-sanctioned punishments did not equate to the actions committed by the student who posted the video.

The University of Oklahoma had a very similar case to ours including students who posted a racial video, but it was off campus, and these students were not affiliated with any campus organizations. Their status as students were automatically revoked because their behavior did not represent the school in a positive way. As the president of their university said, “This behavior does not reflect the values and principles of our University, our community and our state.”

Our university should realize that no matter how small or big, racist actions need to be outlawed. As a result of the university’s decisions, students on campus protested and met with then-President Delaney to further discuss the appropriate sanctions but nothing more was done by the university. We are a public university and follow the first amendment. But I feel as some of the decisions our university makes are too lenient and are made to save the university from lawful actions. The most beneficial change is to feel safe on campus and feeling safe with the administration’s decisions. At this moment I truly felt unsafe, insignificant and disturbed. To help this issue, the university needs to add strict rules and regulations to prevent an event like this from happening again. By not issuing correct punishments, the university is essentially supporting negligence committed by students.

In the student handbook, there needs to be a distinct section added stating that the university does not tolerate hate or racism towards any group. If this is broken in any way, shape or form students will be punished for their negative behaviors. When a student attends the University of North Florida, there is a certain standard that should be met by each student. Another way to help solve this issue is to have a hearing board of students that are from various backgrounds to help prevent these cases as well as solve the cases in the correct manner. The students are the core of the university so our voices should be heard. If we do not make a change now, more and more students will feel as though this kind of behavior is allowed by our university.

A comment was added to the viral snapchat video stating “It is okay to be WHITE!!!!! Let SDS and the other clowns come at me, I will shut them down. F*** the BLM BS!!! I am WHITE and PROUD, and these queer balls have yet to confront me on campus.” This comment was followed by a photo posted by the student shirtless that showed off his Nazi-related Swastika tattoo and him holding an AR-15. This action is very threatening to students which are against the university’s missions. The student who posted the comment and photo went under investigation and the university stated he was suspended from the university. His suspension was then lifted but still banned from entering the campus. No matter if students take classes online or full time on campus, each student enrolled is a student of the university. This student yet again shows that at our university the right punishments are not served for certain actions taken by students. If we had set rules and regulations, neither of these events would have happened because it could have been preventable. In response to the video post, the Office of Equal Opportunity and Diversity stated, “that the student’s actions did not threaten the safety of others or create a hostile learning environment based on race.” However, he offended a lot of students at our university and did create an unfriendly atmosphere.

People who do not get punished for their actions feel as if they are superior to others and this should never be the case. As humans, we all have our own opinions and are entitled to our opinions, but there is a difference in opinion and being offended by a particular action. That is why there should be rules and regulations put into place for these situations to be solved correctly as well as fairly. We have delayed this process for too long and a consequence of this delay is that it is still reoccurring, and students still do not have the proper amount of punishments for their actions. Students still feel as if they can do things and get away with it because of our school’s past decisions. The only way up is by starting to make changes now. Actions need to be taken instantaneously because we do not need more of this invalidating activity on campus, or off campus, or on social media. Our university is way more prestigious than that and should be held at a higher standard.

To submit a letter to the editor, contact [email protected]