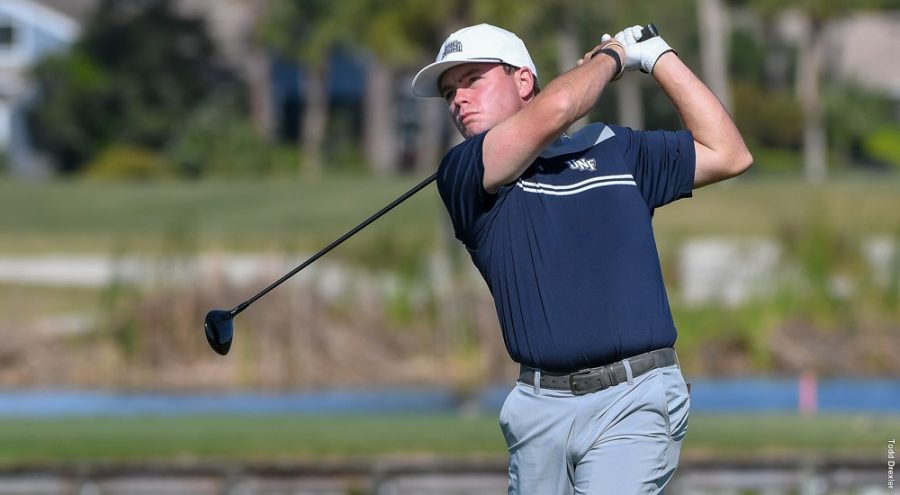 Behind Redshirt-Senior Jordan Batchelor’s five-under-par performance in the final round, the Ospreys won the ASUN Championship for the second year in a row.

Batchelor (-5)  and Senior Andrew Alligood (-2) were the top two performers in the tournament as Senior Phillip Knowles finished in sixth (+1).

Knowles racked up a pair of ASUN postseason awards as he won ASUN Player of the Year and All ASUN First Team.

Senior Travis Trace was also named to the All ASUN First Team and Senior Andrew Alligood made the All ASUN Second Team.

Newcomer Cody Carroll won ASUN Freshman of the Year and Junior Michael Mattiace was named to the ASUN All Academic Team for his effort in the classroom.