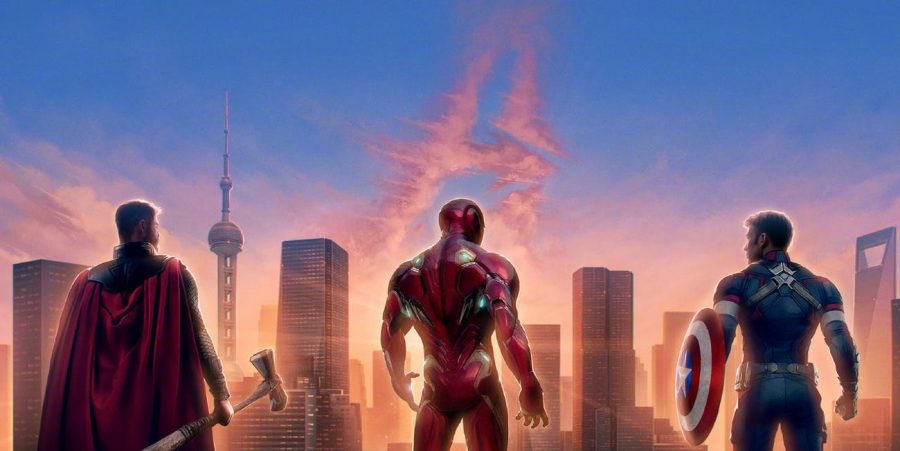 Before Avengers: Endgame comes out tonight, Spinnaker staff are making their own predictions on what might happen.

None of us have seen the movie or have read spoilers, so everyone can read this.

“I have never watched an Avengers movie in my entire life. That being said, I think that Ant-Man will kill Thanos and save the universe. As the Avengers are celebrating, Ant Man gets stepped on and killed by Captain America (original idea by Mary). I think Deadpool will show up in this movie somewhere and kill Iron Man, Captain America and Thor for absolutely no reason at all.” – Jack

“I will preface this by saying I have only seen some movies and have a very loose grasp on the Marvel cinematic universe. Judging by what I know, I think Captain America is going to waltz in all patriotic like and compromise some of the Avengers for the sake of his bffl to which he seems to have pledged his undying devotion to (Bucky) even if said bffl is trying to kill everyone. Maybe he will accidentally step on and kill Ant-Man in the process. Tony might die but probably not because his character arc seems to be destined for fatherhood. Chris Pratt is going to be totes upset when his green gf dies for real. I don’t even know how relevant Hawkeye and Black Widow are so maybe they die. The Hulk might engage in some hand to hand combat with Thanos. There will be some mixture of happiness and tears in the ending, but no cliffhanger because they have to end the franchise.” – Lianna

“I’m a Marvel newb and probably the least qualified person to partake in this prediction piece. I’ve seen seven out of the 22 Marvel movies my Spinnaker coworkers advised me to watch before the release of Endgame. I know little to nothing about the Marvel superheroes nor how their plots connect. Who are they even fighting? Why were the movies not released chronologically? So many crucial points I still don’t understand, but I agreed to write a prediction for the sake of a diverse sample population. So, I boldly, ignorantly predict that Captain America will die in Endgame, along with Iron Man and maybe Thor. Maybe. Why? I think it just feels right. All I know is there will be deaths that will make viewers cry. I’ll probably even cry.” – Mary

Have Seen Most of the Movies

“I’d like to say I’m fairly familiar with the majority of the Marvel movies. I believe Captain America, Iron Man and Thor will sacrifice themselves to bring everyone back. However, I have this gut feeling Thanos doesn’t die by the hands of any of the Avengers. I think he’ll die through self sacrifice after seeing the errors of his ways and guilt over Gamora. Speaking of  Gamora, I think she’ll be the only one not returning from the “snap” and we’ll watch Peter Quill cry like a little baby. No, I’m not salty about him causing the death of Spiderman, not at all.” – Sunshine

“The Avengers are going to go back in time to the New York battle from Avengers 1 to retrieve the Tesseract (and Space Stone), and Captain America is going to end up fighting his past self.” – Alex

“I believe that three characters will die – Tony Stark, Captain America, and Black Widow. I believe Black Widow would die because her arc is pretty much over. I know she still has her own movie, but I think that might just be a prequel. Black Widow’s whole thing is that she is trying to make up for all the people that she has killed as an assassin. I think saving half of the universe can wipe away ‘that much red’ from her ledger.” – Hannah

“My prediction for Endgame is this: Hulk will be the ultimate hero but will die along with the original Avenger team. The next generation of heroes will then take the place of Captain America, Hulk, Iron Man, Black Widow, Hawkeye, and Thor.” – Courtney

“The main question is who will die in this movie between Iron Man and Captain America. In the trailer, Iron Man is seen drifting off in space in the trailer and the audience was left wondering if he’ll go back to a normal life or will die.I predict that Iron Man will die by the hands of Thanos but it will show a cheery scene where he, Pepper, and his kid metaphorically walk off in the sunset (there won’t be a dry eye in the theater).

For Cap, he’s the super soldier who is “invincible” but he’s going up against a Titan, so I’m left pondering how Cap will survive in this film. I do think he will because he’s the Avengers Captain and will be a pivotal piece in the chess match.

The character that no one is mentioning is Valkyrie, from Thor Ragnarok. Valkyrie wasn’t seen in Infinity War and we don’t know if she’s dead, but if she’s alive, here’s how it will go down. Thor will be teaming up with Captain Marvel a lot in this film and once Valkyrie arrives, she will become jealous of Thor hanging out with Captain Marvel. This will cause tension and probably a mistake that will put the Avengers farther back from killing Thanos. This is similar to Loki stirring the pot on the Avengers plane/ship/transformer in the first Avengers movie.

The last idea is to have the Avengers go back to previous movies and recollect the infinity stones. Thor puts the stones on his stormbreaker axe and this time the hit will kill Thanos.” – Drew