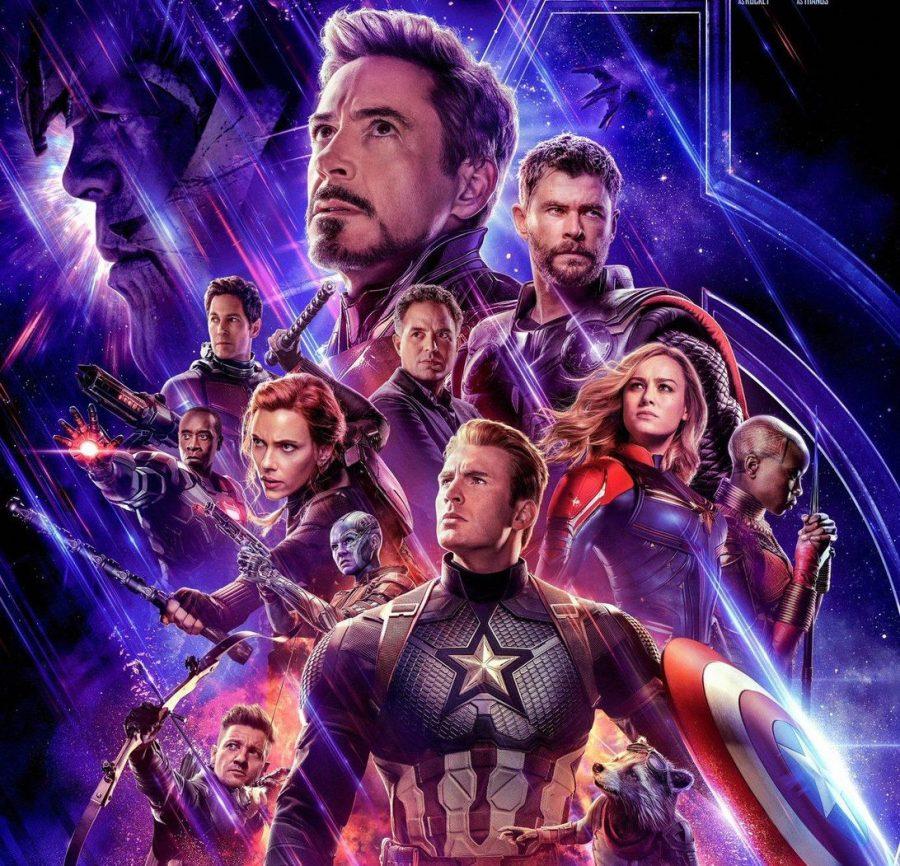 Marvel Studios have come a long way over the years, haven’t they? They’ve taken heroes and villains from the pages of Marvel Comics and created some unforgettable characters. In many ways, the Marvel heroes have become our cinematic family. It already feels like a lifetime since Iron Man first hit the big screens. This twenty-second MCU movie is a climax to a story that began more than a decade ago. It truly feels as if Endgame is the end of an era.

In the wake of last year’s Avengers: Infinity War, Thanos has completed his quest for the Infinity Stones and has wiped out half of all life in the universe. In Endgame, the remaining Avengers and their allies reassemble to take one final stand. I will not say anything further about the story, as I refuse to spoil it for anyone. It is that good and I want everyone to enjoy all of the surprises. With that in mind, here are my thoughts on the film.

This was one of the most satisfying movies I’ve seen. For anyone who loves the Marvel universe, whether it be the films or the comics, you must see it. This film does a fantastic job intertwining tons of storylines and culminates in an epic conclusion—all in a three hour runtime that felt significantly shorter.

The writers outdid themselves with this one. Walking out of Infinity War, it felt as if they had written themselves into many corners. With Endgame, they expertly worked their way out, taking the time to allow you to feel the ups and downs and to experience the emotions. Some parts may feel a bit slow, but if you’re a fan you’ll appreciate the opportunity to absorb what happens to and among these characters you’ve grown to love. It’s a mature film that gives these characters a desperation well beyond anything they’ve experienced in the prior films. When you see them get hurt you feel their pain. When you see them get back up, you want to stand alongside them. Their experiences are so down to earth, you may forget these are superheroes and look at them as actual people. This is what Marvel does best. In my opinion, it’s why Marvel rules all superhero universes and any other movie universe for that matter.

The focus of the movie is where it should be, the main six Avengers. These heroes are the most human they’ve ever been. Even for characters you might not have been a big fan of in the earlier films, I expect you’ll find yourself loving seeing them and experiencing how much they’ve grown. After twenty-two years of growth and development, when you see many of these characters you’ll feel like you’re seeing an old friend again. If Infinity War represented the body and brawn of the MCU, then Endgame definitely shows the heart and soul of the franchise.

The film picks up the pace significantly as it goes along. The directions it goes in defies a good number of theories we fans have spent the past year formulating and writing on paper. Even for the predictions that were correct, I enjoyed seeing the twists. Some of the directions the film goes in may not make sense to some people. Though when you have a thunder god and a talking raccoon on your team, it’s clear that this film follows a comic book type logic that many of us should be used to by now. The Russo Brothers have made it clear they know how to juggle a film with high stakes and blend it well with moments of levity. I feel like these guys can do no wrong and, whatever they have in store for us next, I’m completely on board.

With so much focus on the story—where it belongs—there are still a lot of great effects. Josh Brolin still looks great in that spectacular motion capture as Thanos and the Avengers, when they go on their adventures, are so amazing to look at. This film may be the best looking of the Avengers films. The way it’s shot, the epic poses, the way these heroes stand next to one another, it’s the visual definition of epic. I dare not say what happens in this film, but without giving anything away let’s just say it’s the stuff fans’ dreams are made of.

What makes this film so emotional for me is how it finishes certain character arcs. It didn’t feel like anybody was sidelined. I was both satisfied to see what happened to them and, in many cases, tearing up.

After that fantastic conclusion, the question remains, where do we go from here? The MCU is definitely heading in multiple different directions and, after seeing what they’ve accomplished in the last eleven years, I can’t wait to see what they do in the next decade.

This is a film I could easily see over and over again. I love it that much. I know I’m being vague, but again I do that because this film is an experience that you must see for yourself. Assemble your friends and family and go have the time of your lives. Then, let’s talk, because I don’t know how long I can hold it in.