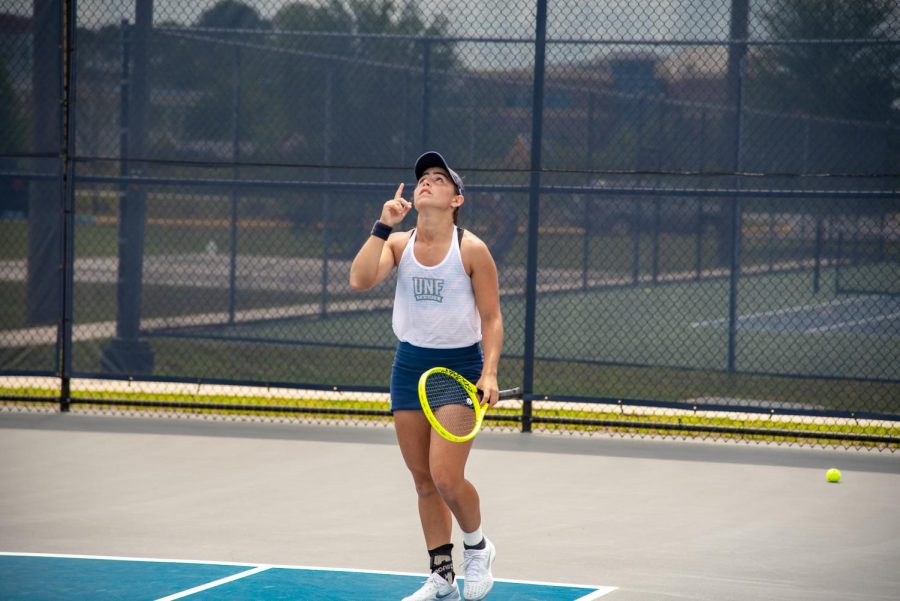 A dynasty in sports is an era for a team where they have become consistent and successful in consecutive seasons. The UNF Women’s Tennis team has now won five ASUN titles in five straight years, cementing their status as a dynasty.

Senior Rafaela Gomez won tournament MVP in their latest ASUN win over FGCU and talked about what makes this team stand out.

“I think we have similar Tennis players, our lineup was super strong all the time but the difference sometimes is the unity of the team has been similar for the past four years,” Gomez said.

When asked about considering UNF Women’s Tennis a dynasty, Gomez mentioned how it’s more of a legacy that pairs with a champion’s mentality.

“Yeah, I think it’s something more like a legacy. I think I left my legacy here with a champion’s mentality. I think all the lower classmen have the same mentality now so I think they will show that to the new girls and it will keep going,” Gomez said.

Every talented athlete comes from a talented coach as Gomez talked about how Coach Mariana Cobra has taught her to become a better player.

“She taught me how to stay calm, how to manage myself inside the tennis court, how to be positive and how to have good energy,” Gomez said.

Cobra talked to Spinnaker about how she has been able to have such incredible success.

“It’s about understanding of foundation, hard work in prep in the fall, and a combo of culture and work ethic and athletes,” Cobra said.

Even though UNF  hasn’t won a National Championship in Women’s Tennis, Cobra has a plan for the path to the trophy.

“Continue to have a goal and win the first round of the NCAA tournament,” Cobra said.

The UNF Women’s Tennis team faces off against the University of South Carolina on Friday, May 3 in the first round of the NCAA Women’s Tennis National Championship.