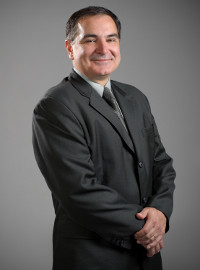 Mark Tumeo, the former dean of the College of Computing, Engineering and Construction. Courtesy of the University of North Florida

On Tuesday, July 9, a dean who filed suit against the University of North Florida back in November of 2018, took the stand arguing that he was forced to resign. He is just weeks away from finding out if he will be reinstated as a professor at UNF.

Dr. Mark Tumeo says he was coerced into resigning after being caught in a sex act on campus.

According to ActionNewsJax, in his testimony, Tumeo stated that UNF’s police chief questioned him and told him no crime was committed.

“He indicated it was consensual with another adult. It wasn’t an employee or student or someone connected to the university, so I felt it would at least be kept quiet,” Tumeo said in a video taken in court by ActionNewsJax.

Tumeo said he was contacted via email and put on administrative leave immediately following the incident. The next morning, he got a call from the provost, Pam Chally, asking if he planned to resign. She explained that it was a serious matter and then told him he had two minutes to resign or the University would start an investigation.

According to ActionNewsJax, Tumeo went on to testify that he wanted to seek legal advice, and that he was distraught and hadn’t slept all night.

“I said, ‘Can I have some time to think about this? Can I contact somebody? Can I come in and make my case?’ At that point she paused. I don’t know if she turned to someone, but she said, ‘No, but we’ll give you three minutes,’” Tumeo said as he testified in court.

Tumeo’s lawyer says this was coercion, which gives him grounds to challenge his termination. He’s also seeking damages, which his lawyer said is a matter of back pay as a result of his resignation.  Tumeo says he’s now working as a senior engineer and has been turned down for two jobs as a dean at universities.

“I’d like to go back and teach. I love to teach. My students loved me. I’m a good teacher. If they’ll have me back,” Tumeo said.

The judge’s decision is weeks away after hearing from four more witnesses called by UNF’s board of trustees lawyers, including the provost and UNF’s president.

Spinnaker reached out to UNF for comment but the University said they would not comment on pending litigation.

The judge has asked both parties to submit “proposed orders”(a document in which both parties describe the things they want the judge to order) within 20 days.

Spinnaker will keep you updated as more information about the lawsuit unfolds.