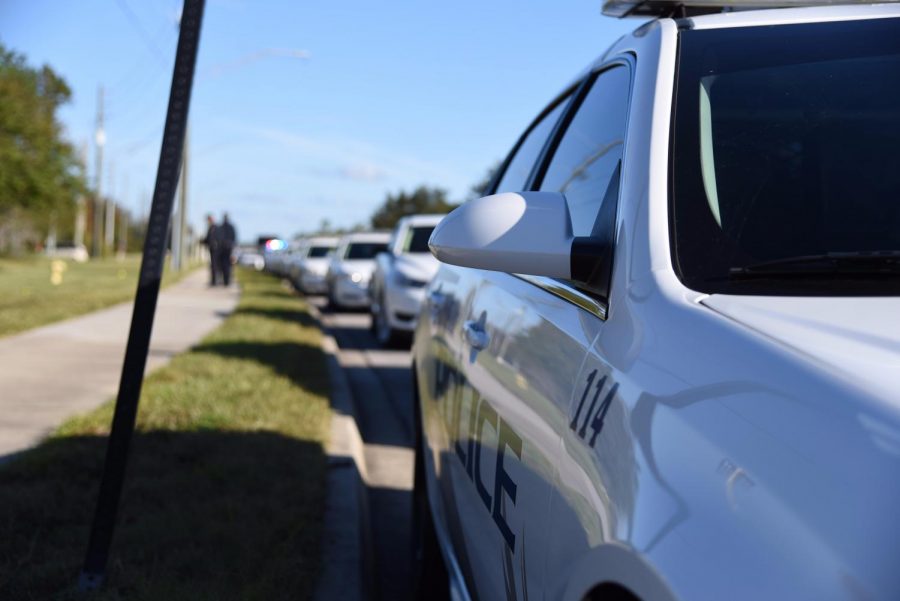 On July 8th, UNFPD was dispatched to The Fountains where a group was causing a disturbance in the lobby. Upon questioning the group, it was revealed that they were all minors.

Further investigation by UPD officers revealed that there was an incident at The Fountains earlier that morning.  According to the Resident Living Coordinator, several subjects pushed past her when they were caught drinking alcohol, in the lounge area, on the 3rd floor.

According to the report, the R.L.C requested that one particular subject be trespassed from UNF property because she left the earlier scene after being told to wait for the police.

The subject was underage, not a UNF student, and causing a disturbance. The subject stated that she understood the trespass and left the property.

The other subjects also left the property.

On July 9, UPD responded to a call in the Osprey Fountains in reference to an individual who had been previously trespassed from the UNF Campus and was now back on campus harassing the complainant.

Upon arrival, UNFPD met with the complainant, who stated that he and his friends have been having issues with the listed subject and some of her friends. The complainant stated that the subject was issued a trespass warning the day before, but saw her the next day around noon as he was driving on campus.

He saw the subject riding a yellow bicycle on the bridge that leads from UNF Drive to the Osprey Fountains.

The complainant stated that the subject threw two eggs at the driver’s side of his vehicle. UPD was able to see some minor scratches and egg residue where the eggs hit the vehicle.

A review of surveillance video was conducted and a white female (blond hair, black yoga pants, gray tank top) is seen riding a yellow bicycle on the wooden bridge toward the Osprey Fountains. The video surveillance was too grainy to identify the subject.

Case of the Missing Tampons

On July 10, UNFPD responded to a call about the possible theft of feminine hygiene products from building 12.

According to the police report, the Superintendent of Building Services stated that he received a call from one of his employees stating that the feminine hygiene dispenser was open and empty.

The Superintendent then informed the officer that the products were supplied by the UNF Student Government.

The officer made contact with the Director of Student Government, who stated that the items in the dispenser were provided to the Physical Facilities department and they were being given away for free.

According to police reports, the officer did not see any signs of forced entry into the dispenser. A check of the surveillance camera for the area of the second floor was conducted but it did not reveal any pertinent information. There was no video surveillance in the immediate area of the bathroom.