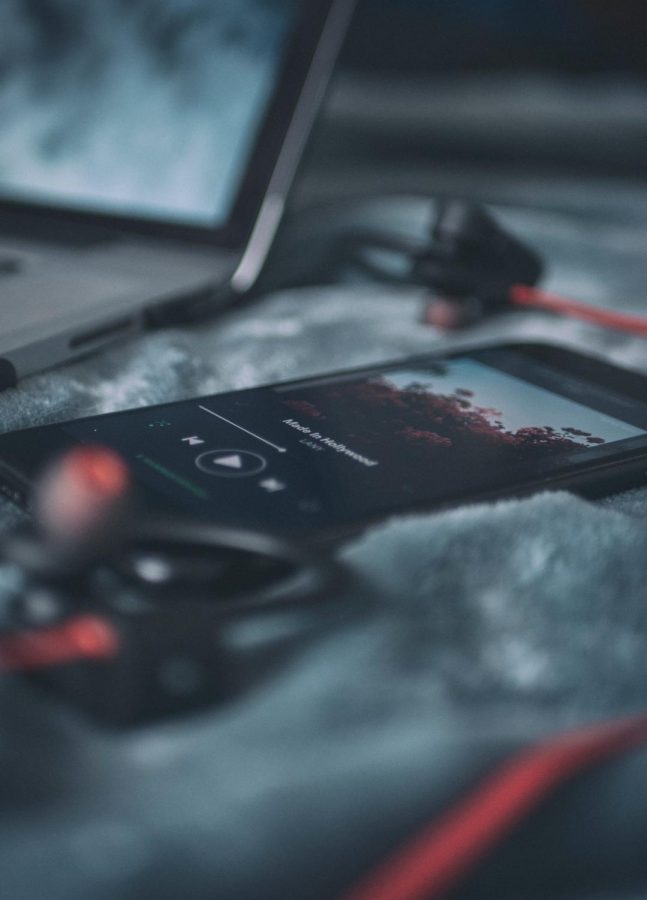 If there’s one thing that’s unavoidable in your first semester of college, it’s stress. The pressure of living away from home for the first time, having to make new friends, wondering whether or not you’ll even make it through the next four years… it definitely gets to you. Trust me, I know. Luckily, there are plenty of ways to deal with the anxiety of all these new experiences. Joining a club, hiking the nature trails, or my personal favorite, listening to music. But not just any music, I’m talking about the kind of music that makes you feel like a kid again. Because after all, adults are just kids pretending to be grown up, aren’t they?

So, freshmen, without further ado, here are some nostalgic albums that might help you knock that first-semester stress right out.

Once you’re done with a day full of lectures and study sessions, chances are you’ll just want to have some fun, and maybe go a little crazy. What better album to do that to than “Teenage Dream,” which might just be the biggest album of our childhood. Among the record’s FIVE Billboard number one singles you’ll find the unforgettable pop anthem “California Gurls” and “Firework,” as well as party banger “Last Friday Night.” The rest of the album is full of more iconic hits, making it perfect for a dip in the pool at the clubhouse on a sunny day or a dance party with friends on a Friday night.

Maybe you want a party album, but Katy Perry is a little too childish and cutesy for your taste. Now that you’re moving on to another stage of your life, you want something a bit more grown up. Fortunately, another one of the biggest albums of the late 2000s will be right up your alley. Meet Lady Gaga’s “The Fame.” While Gaga has been displaying a more laid back image as of late with her work on “A Star is Born,” may we never forget the club bangers that filled her debut album. “Poker Face” and “Just Dance,” the album’s pair of iconic number one singles, were the soundtrack to your elementary school years, and they might be just what you need to wash away some of those first semester worries.

So you graduated high school. Did you think that was the end of all the rumors, the gossip, and the drama? News flash, it wasn’t. If you didn’t go through your first nasty breakup before you got to college, chances are it might happen sometime within the next four years, and if it does, you’ll definitely need the right album to wash those tears away. But worry not, because Adele’s here to help you with just that. The one-two punch of “Rolling in the Deep” and “Someone Like You” is a perfect channel for the anger and sadness after the end of a relationship. And to top it all off, in comes the colossal “Set Fire to the Rain,” one of the biggest anthems of our pre-college lives.

Relationship drama isn’t the only high school relic that won’t disappear just because you made it to college. Like it or not, the teenage angst from the past few years of your life is still gonna stick around for a couple more. And what better person to help you deal with all those pesky emotions than the most angry-sounding rapper in the game, Eminem. Take a shot at your haters and demons alongside the hip-hop legend with “Not Afraid,” and lament about all your failed romantic endeavors with “Space Bound.” And maybe after you’re done letting all the angst out, tracks like “On Fire” and “Cinderella Man” can help you regain some of that self-confidence.

Let’s face it, in college you have to study. A lot. And while some of the other albums on this list might be great for a weekend party or a late night crying session, they might not be the best choices when you have to open up your textbooks and get to work. That’s where the music of Skyrim comes in. No lyrics, no catchy melodies or distracting beats, just the epic soundtrack that provided the backdrop for a game that surely dominated many of your middle and high school lives. And the best part? It’s over three hours long, so you’ll have plenty of uninterrupted studying time before you need to look for something else to listen to. Just make sure you keep your mind on your work and don’t get sucked back into another all-nighter roaming the fields of Whiterun.

Say what you will about Maroon 5’s more recent output, but no one can deny that “She Will Be Loved” is an all-time classic. It’s that song that you and your parents can actually sing along to together because it’s just that iconic. Add in more hits in the form of “Sunday Morning” and “Harder to Breathe,” and you start to see just how much of a landmark album “Songs About Jane” is. In fact, this might be the most pleasantly nostalgic album on this entire list, because it reminds you of a time when Adam Levine’s voice made you think about good music, and not terrible Super Bowl Halftime show performances.

So almost every album on this list so far has been a pop record, but don’t worry rock fans, we’ve got something for you too. While most people my age may remember “Hybrid Theory” or “Meteora” as the Linkin Park album that dominated their childhoods, today’s incoming freshmen may be more familiar with “Minutes to Midnight.” Not only does it feature the epic Transformers theme song “What I’ve Done” as its lead single, but it also has songs for almost every emotion you could possibly imagine. Need a party song? Check out “Bleed It Out” with its high tempo rap verses and catchy chorus. The pressure of class getting to you? Why not give “Given Up” a spin. Going through an existential crisis? Find some solace in “Leave Out All the Rest.” With all of these tracks and more, “Minutes to Midnight” is sure to have a song to help you get through whatever your freshman year of college throws at you.