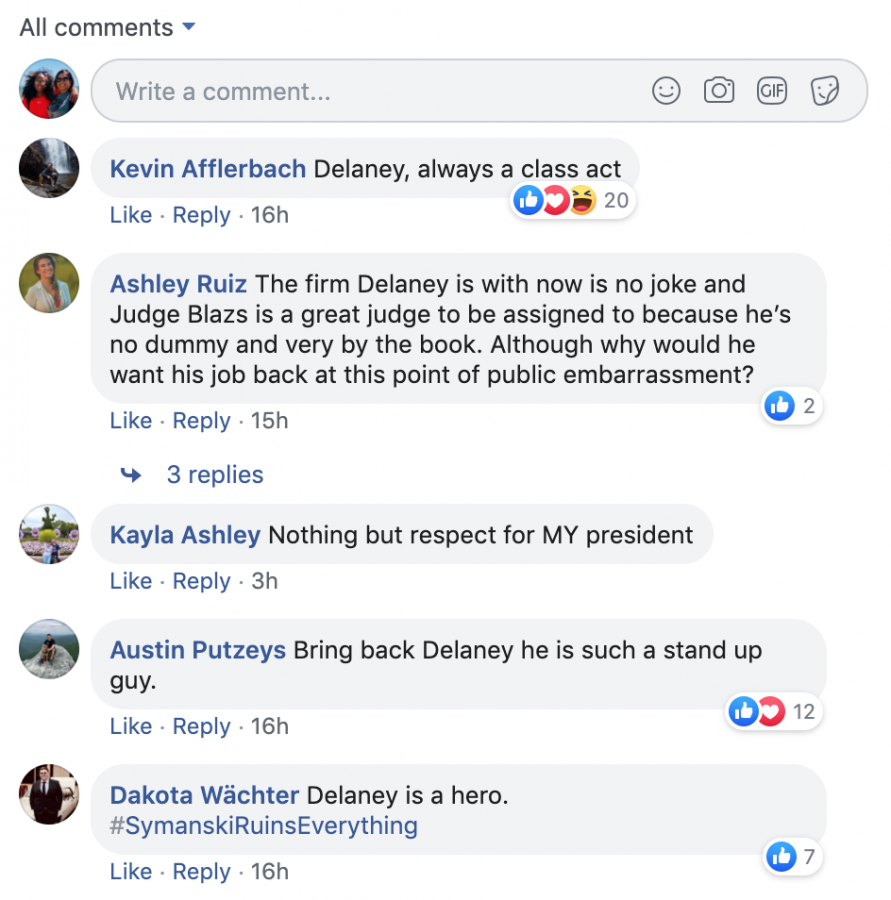 After being caught in a sex act on campus in October of 2018, Dr. Mark Tumeo, former dean of UNF’s College of Computing, Engineering and Construction, filed suit against the University of North Florida, claiming he was unfairly coerced into resigning.

According to evidence obtained by Spinnaker investigators, there was an intriguing conversation via text message between Former UNF President John Delaney and Tumeo. In an interesting turn of events, it appears that Delaney, is the one who encouraged Tumeo to “get a lawyer.”

A day after Spinnaker broke the exclusive story on their website and Facebook page, the students took to social media to let the public know how they really feel. 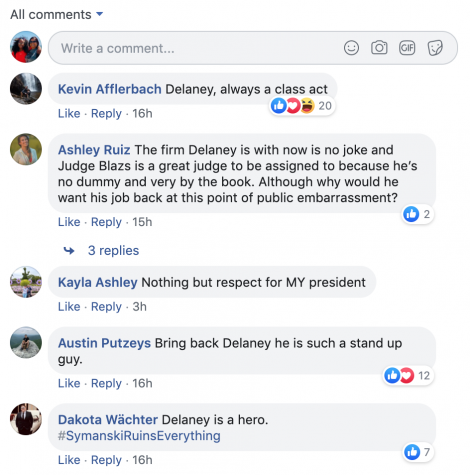 “We love John Delaney” appeared to be the overall sentiment amongst UNF students. One comment even touted:

“Delaney is a hero. #SymanskiRuinsEverything”

Another thread suggests that UNF has bigger problems “to deal with”:

“Sue the school, get a settlement, then move on. No need to draw out the negative PR for anyone. UNF has enough issues to deal with outside of this mess.”

Spinnaker reached out to President Szymanski for comment to these reactions. The University has declined to comment due to the pending litigation

Judge Kevin Blazs is set to rule on this case in the next week or so.