Dangerous social media trends: Will it get better? 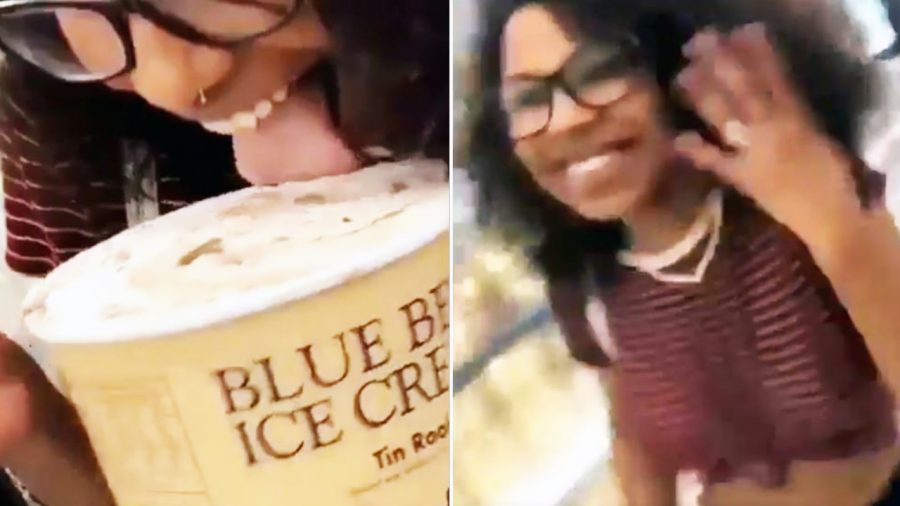 Yeah, we’ve all seen them on Twitter. Videos of people licking pints of ice cream and sneakily placing them back in the fridge, a video of a young girl licking a tongue depressor in a doctor’s office recorded by the young girl’s own mother, and Nair being put into shampoo bottles.

Then there’s the Kylie Jenner Lip Challenge, the Cinnamon Challenge, the Keke Challenge…but the question remains why are people doing these potentially harmful things? Is it just for media likes or views or is there an even greater evil behind these dangerous social media trends?

The one thing to remember about social media trends is that all of them seem to point back to a specific theme: Danger. You would think that because of our human instincts to survive we would avoid danger but instead, years go by and we seem to return back to trends that hurt us, whether it be getting charged for food tampering or taking a trip to the hospital after jumping out of a moving car in an attempt to dance to a popular song for the “gram.”

According to Pew Research Center, when asked, 81 percent of teenagers felt that social media had a positive effect on their lives. But even as they credit social media for allowing them to create a more diverse world and build relationships, some expressed concern over sites that led to drama and social pressures.

The same study found that 29 percent of teens preferred posting things they want to go viral. That doesn’t seem like much but the reality is that with 45 percent of the world population using social media and with fast widespread sharing, one viral post can have a tremendous effect on what others decide to post.

“I think social media has become a form of self-confidence or of the way that you kind of judge whether you’re popular or not- how many likes you get- and there’s a crowd mentality to it. ‘If everyone else is doing it then why can’t I do it’,” said Patricia Booker who is a visiting instructor in the School of Communication. “So I think that when you see people who are doing it and they turn out fine then you’re like ‘Oh that looks fun, let me try it.’ A lot of time those things are staged. I think the reason people do it is because it makes them feel part of something.”

With more social media platforms showing up and people creating new trends, the probability that these dangerous social media trends will get less dangerous isn’t likely.