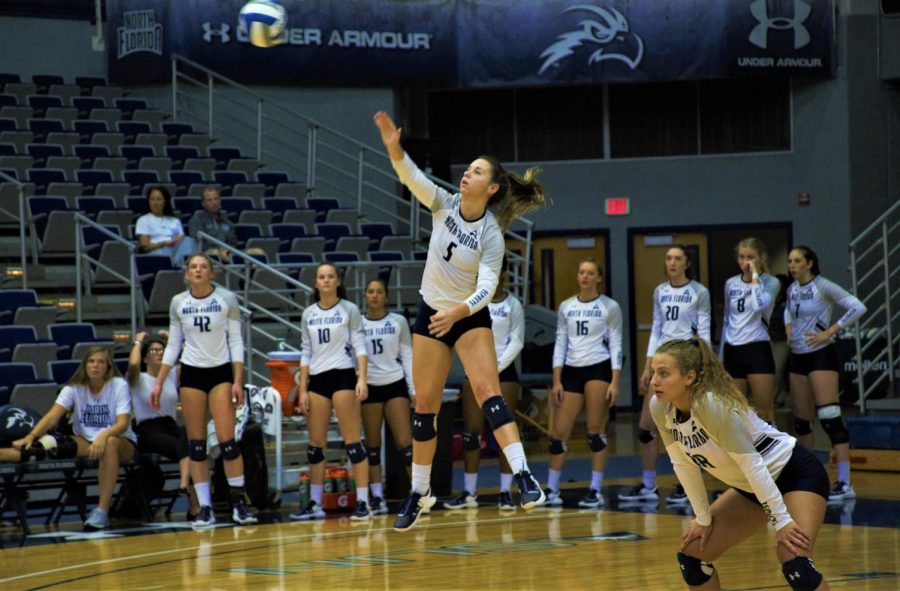 The Eagles looked unstoppable in the first set, taking it 25-11. VanLiew of the Eagles led the set with six kills. Julianna Askew led the Ospreys with two kills in the set.

The Ospreys fought back in the second set, keeping the score close and tying it four times. FGCU eventually pulled ahead to win the set,25-18, behind another six kills from VanLiew.

Set number three saw UNF and FGCU compete vigorously in a back and forth affair. The score was 20-20 after four lead changes and eight tie scores. Despite the Ospreys’ tenacity, the Eagles pulled ahead to close the game,25-22, and complete the sweep.

For the Ospreys, middle blocker Taryn Griffey recorded nine kills throughout the match.