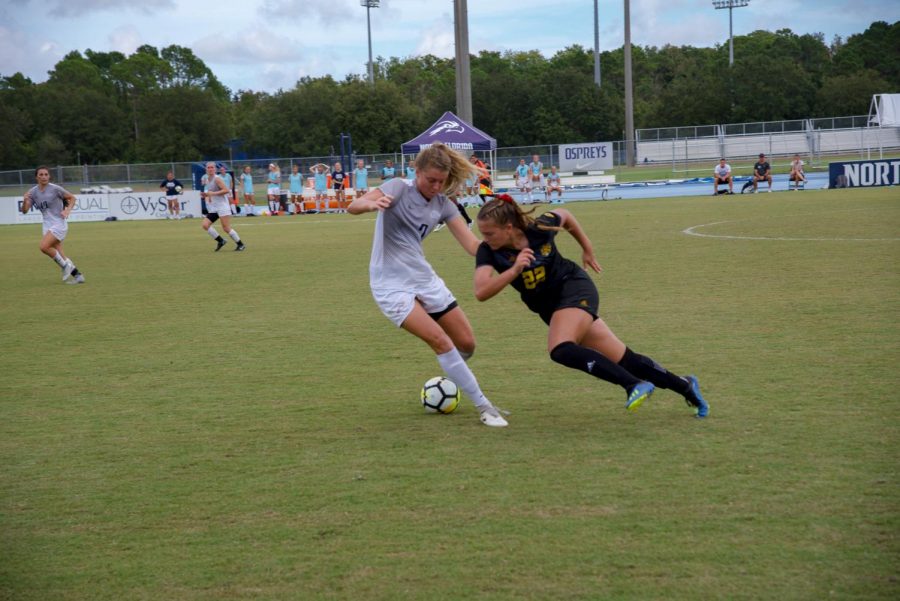 The UNF Women’s Soccer team’s season came to a close after losing to the Owls, 3-1, in the first round of the ASUN tournament.

The Owls made an early statement when Erin Harris scored in the eighth minute to give the team a 1-0 lead.

Morgan Harrison followed suit for Kennesaw State with a goal of her own, assisted by Becky Contreras, in the 25th minute to carry the 2-0 lead into halftime.

At the half, the Ospreys recorded only five shots while the Owls had seven.

Later in the match, Thais Reiss got the Ospreys on the board in the 75th minute with a goal, assisted by Kendra Hoffman and Carmel Oliveira, cutting the deficit to 2-1, Owls.

Isabella Contreras hammered the final nail in the coffin with a goal in the 83rd minute, assisted by Kameron Downs, to cement the 3-1 win.

Reiss had an impressive junior season as her 12 goals doubled the amount she had last season(6).

Leah Ferlin made a big splash in her first season with the Ospreys, racking up six goals.

The Ospreys end their season with an 11-6-2 (5-2-1 ASUN) record in their first year of the Faulconer era and look to build off that foundation next fall.