A year out from elections, who’s still running? 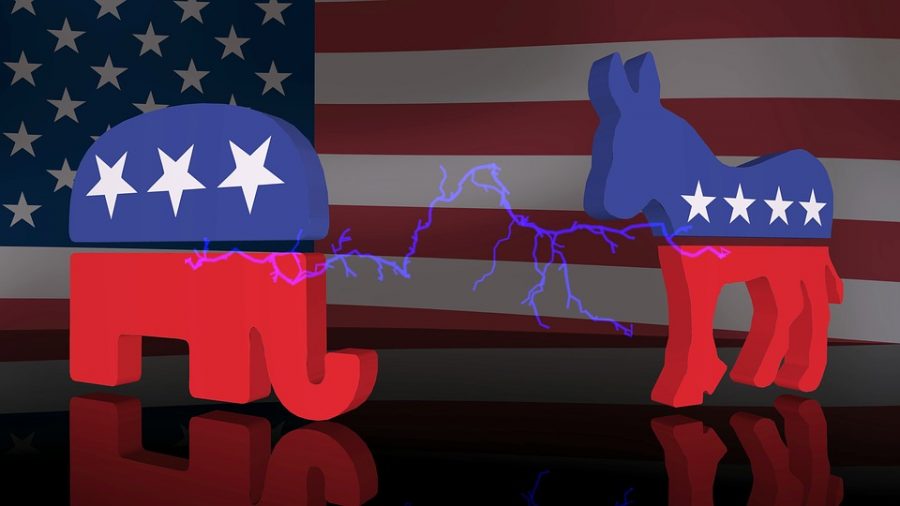 As we kick off November and head into finals, it might have slipped your mind that we’re a year out from the Presidential Election. Need a quick catch up?

The 2020 election is just under a year away, but the candidate field is swiftly changing. Beto O’Rourke announced that he was ending his presidential campaign on Friday, Nov. 1, which shocked his staff and reporters.

O’Rourke announced privately to his staff that he would be ending his campaign about an hour before he made his announcement public. He was scheduled to speak at the Liberty & Justice Celebration in Des Moines, Iowa, but paused outside of the arena beforehand to thank his supporters and announce the end of his campaign.

In a tweet announcing this to the public, he stated, “Our campaign has always been about seeing clearly, speaking honestly, and acting decisively. In that spirit: I am announcing that my service to the country will not be as a candidate or as the nominee.”

The announcement was surprising to many and O’Rourke did not offer an explanation for his sudden withdrawal, but his campaign has struggled with polling and fundraising recently. In state and national polls, O’Rourke garnered less than 5% of the vote and failed to qualify for the November debate.

With O’Rourke’s withdrawal, the field for the democratic candidate has narrowed. Currently, the candidates polling the highest are Joe Biden, Elizabeth Warren, Bernie Sanders, and Pete Buttigieg, respectively. According to new national polls, Biden leads the pack with about 31% of the Democratic primary vote, while Warren is at 21%, Sanders is at 19%, and Buttigieg is at 7%.

Tailing behind them are Kamala Harris and Andrew Yang, each with 3% of the vote. Cory Booker, Tulsi Gabbard, and Amy Klobuchar each garnered 2% of voter support.

For the Republican nominee, the field of major candidates is much slimmer. President Trump officially launched his reelection campaign on June 18, 2019, and so far he has only three challengers for the nomination. Mark Sanford, former governor of South Carolina and former congressman, announced his campaign in early Sept. 2019. Joe Walsh, a former representative from Illinois, and Bill Weld, former governor of Massachusetts, round out the field for the Republican party.

There are still 17 candidates campaigning for the Democratic nomination, but this will continue to whittle down in the coming months. Feb. 3, 2020, will be one of the most important dates for elections, marking the day of the Iowa caucuses, which begin the season for primary voting. This will determine which candidates continue forward in the race for the nomination.

For the rest of 2019, there are only two more debates for candidates to take a stand on various issues central to voting. On Nov. 20, a debate will be hosted in Atlanta by MSNBC and the Washington Post, but so far only Biden, Warren, Sanders, Buttigieg, Booker, Harris, Klobuchar, Steyer, and Yang are eligible. After this, there will be a debate at UCLA on Dec. 19.

As the year finishes off and we prepare to move into the primary voting season, the debates will be crucial to who moves forward in the campaign.