Comedy icon Steven Wright is coming to the Florida Theater 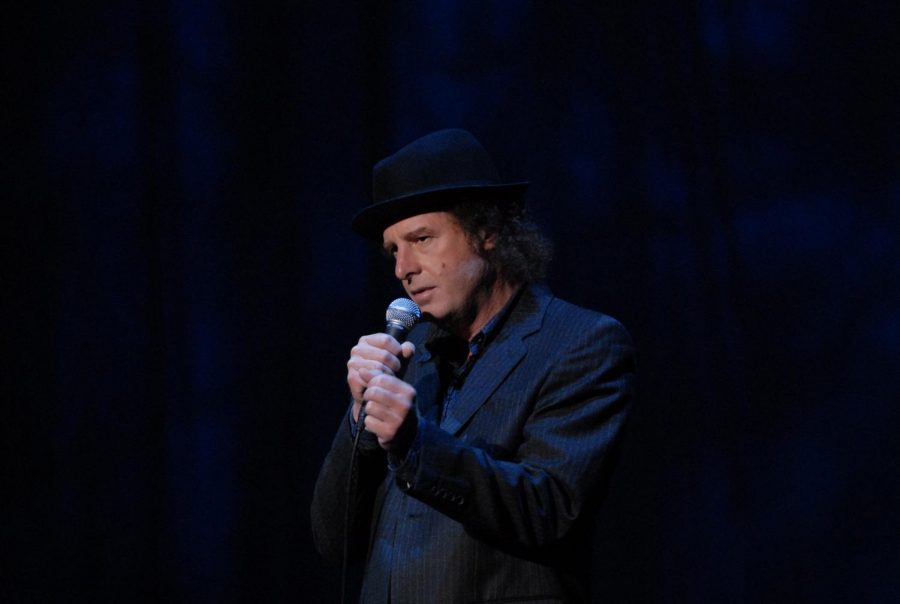 Before absurd internet memes, there was Steven Wright.

Before Mitch Hedberg, Demetri Martin, and Aubrey Plaza, there was Steven Wright.

Steven Wright, a modern trailblazer of surreal, deadpan comedy, will be at the Florida Theatre in Jacksonville, on Friday, Nov. 22.

Steven Wright’s comedy career and material
He’s been leaving national audiences laughing and scratching their heads since he appeared on the Tonight Show Starring Johnny Carson in 1982. Since then, he has been a guest of nearly every late night talk show host you can think of, including Jay Leno, David Letterman, Conan O’Brien, Craig Ferguson, Jimmy Kimmel, and Seth Meyer.

Throughout his 40+ year stand-up career, his style and subject-matter hasn’t noticeably changed. In 1979, a year after graduating from college, he set rules for his material as he pursued his comedy career. He didn’t want to compile jokes that he couldn’t perform on national television.

“I don’t like talking about big movie stars, or McDonald’s, or current events, or something really all over the news,” he says, “I talk about everyday things: cars, and the speed of light, and stuff like that. So I have those rules, I’ve broken all of them–but barely though.”
Audiences and entertainment in today’s world
When I asked about issues that have caused friction between comedians and campus populations in recent years (e.g. “cancel culture,” “woke culture”), he said they’ve barely affected him. He says he’s only had to take out a couple of jokes, but he knows things have changed.

“Well, you know, it’s a whole other world now. You had to perform in the clubs and then eventually try to get onto television,” Wright said.

He acknowledged the differences between becoming an entertainer today and what he had to do as a college graduate in 1978.

“I know that some people have had whole careers from the Internet. They perform live and draw a lot of people, and they weren’t ever even on television. That’s a normal world for you, and if it was there when I was that age, it would have been normal for me.”
The importance of coffee
Despite generational differences, there was one topic in which we found common ground; or should I say, “grounds.”

“I haven’t had any coffee and I’m dying for one, so I had to make the coffee. Thanks for bearing with me,” he said with a chuckle. I told him that I shared his dependency, needing a coffee every morning before work.

If you’re interested in seeing the icon in action, you can get tickets to his Friday, November 22 show starting at $30.

For more information or news tips, or if you see an error in this story or have any compliments or concerns, contact editor[email protected]