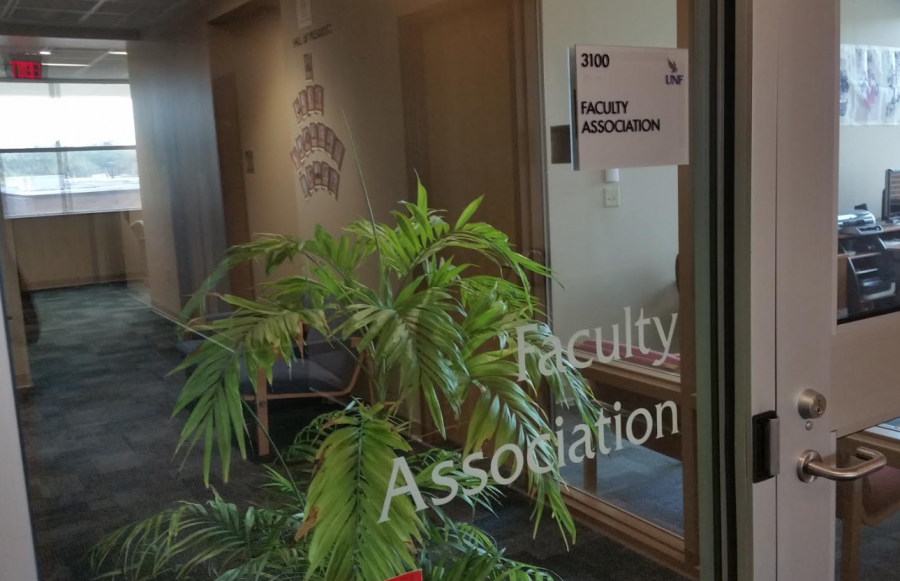 The University of North Florida Faculty Association has become the first public faculty association in Florida to adopt a resolution urging their university to stop investing in industries promoting the use of fossil fuels.

The FA is the second out of three UNF governing bodies to pass the Resolution on Fossil Fuel Divestment. The resolution was previously passed in Student Government over two years ago. Now the only remaining governing body at UNF which hasn’t passed the resolution is the Board of Trustees.

The FA is the faculty’s bureaucratic voice at UNF, as is Student Government for students. Dr. David Fenner, FA president, said the FA is “a direct democracy, where every faculty member is a participant potentially in governance of matters which are appropriate of faculty governance.” in an interview.

Although the adoption of this resolution is mostly symbolic, it is still important because it affirms the faculty’s support to pull endowment investments out of the fossil fuel Industry. The resolution follows an initiative started by students through the Divest UNF club in 2012.

UNF holds over $91 million in investments through the UNF Foundation. The interest from these investments is used to fund student scholarships. In recent years, the foundation has shifted their investment model to a more secretive strategy through an outsourced Chief Investment Officer (CIO). Since they are not the ones directly investing the endowments, they are virtually exempted from revealing in-depth information about the location of endowment investments to the public.

Dr. David Jaffee, a sociology professor at UNF and member of the faculty affairs committee, has a particular interest in these endowments. He has been fighting to have this resolution on fossil fuel divestment passed since 2009.

His argument is: if UNF lists one of its six espoused values as “Responsibility to the Natural Environment,” it is unaligned with these values as long as the endowment includes investments in the fossil fuel industry. He points to the United Nations 2018 Intergovernmental Panel on Climate Change (IPCC) report that concludes humans are causing rapid climate change through the release of greenhouse gasses, which is a result from fossil fuels.

The divest resolution is a form of “protest divestment,” used to pressure certain industries to more ethical standards. Protest divestment has been effectively done before in the 1980’s, when college-based organizations pressured universities to divest in companies doing business in South Africa under apartheid.

Although a majority of faculty favored divestment, not all faculty members are convinced divestment is the best course of action. Political science professor Dr. Georgette Dumont worries that divesting endowments from the fossil fuel industry puts student scholarships at risk. Dr. Dumont also said she believes divestment in fossil fuel companies “would mean we’re actually pulling potential money out of companies that have the capacity to fix a lot of the (climate) problems.”

The next step for the resolution is UNF President David Syzmanski’s office, where he can either ignore the FA’s resolution, or present it to the Board of Trustees.

Syzmanski’s office declined an interview on the subject, but issued the following statement: “President Szymanski is aware of the recent resolution passed by the Faculty Association and is taking it under advisement. There is nothing else to say at this time.”