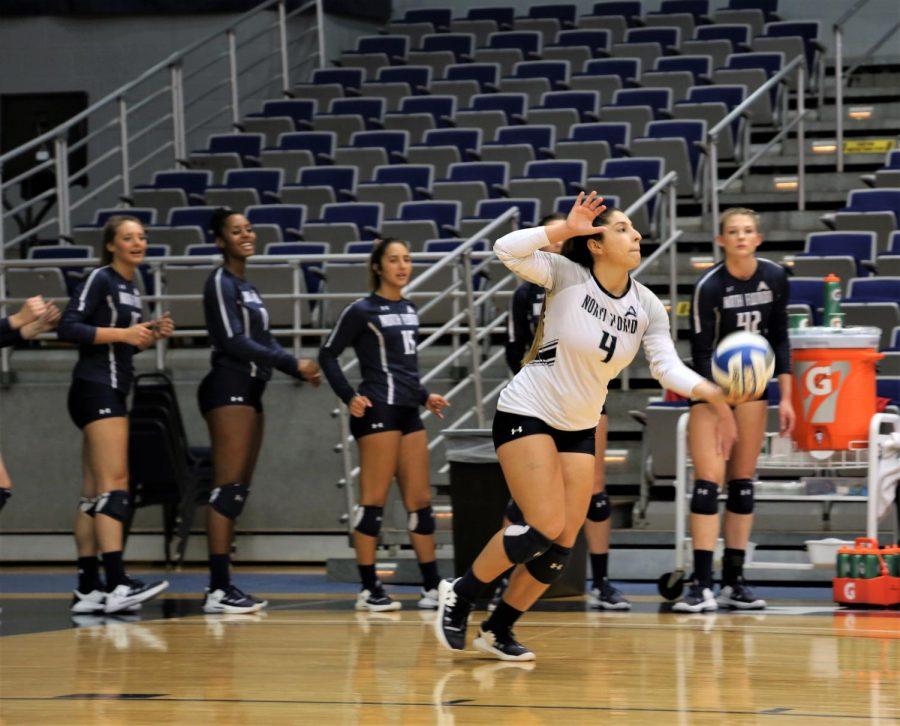 In a constant battle through four sets, the Flames pulled away from the UNF Volleyball team with a combined 37 kills from Casey Goodwin and Amelia Johnson.

The Ospreys took the first set, 25-22, in a close contest. Solimar Cestero pitched in with six kills.

In the second set, the Flames flipped the script with a 25-23 set win. It was a sloppy second set as both teams combined for 25 attack errors. Through the first two sets, Julianna Askew set up 21 assists.

The Flames continued to heat up as they took the third set, 25-17. Amelia Johnson and Casey Goodwin combined for 30 kills throughout three sets.

Both squads battled early on in the third set but Liberty pulled away for a 25-17 fourth set victory to take the match and advance to the ASUN Volleyball Semifinals.

Maddie Boyd had an impressive performance with six blocks to conclude her freshman season.

After her final match of the season, Askew ranks second in the NCAA in total assists (1,265).

Beach Volleyball season is right around the corner and the Ospreys return to the sand in spring 2020.